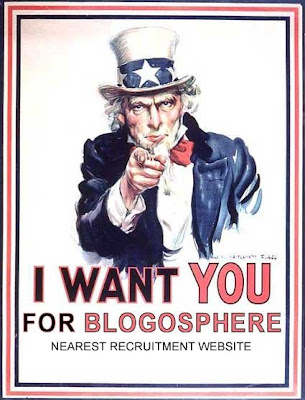 Blogs About Greenwich Or Blogs
Written By People Who Live Or Work In Greenwich
Jane Genova: Speechwriter - Ghostwriter
Dems soar this last night of the DNC - There was Ike decendant Susan Eisenhower's saying she's now registered as an Independent. There were also real people like delegate Barney Smith who declared...

The Blonde Excuse
What I'm Up To - Sorry I haven't been around lately, but I still need to get my computer up and running again. Right now, Brent is visiting for a few days so I won't have tim...

Greenwich Diva
McCain says to Americans: you can’t do the job - McCain offers $50.00 an hr to anyone who would pick lettuce, not because he wants to help the economy, but as a dare. Yes, my fellow Americans, Senator Jo...
5 hours ago

Rock Star Diary
Goodbye Tim party at M Shangai's Den - The Brothers/Brothers threw a send-off bash for one of their very own, Tim, on Friday night in M Shangai's Den. Darren: Tim in a " I leaf NY" T-shirt that Da...

Exit 55
No...I Haven't Forgotten About Football - With all the talk of doing Renegades baseball (speaking of which, I did the Oneonta roadtrip, and still have a few more games to call), I'm sure a few of ...

The Daily Spurgeon
God will honor faith - [image: evening sunshine] Dear friends, those believers who have learned most to live by faith, possess the richest part of the land of promise. Other beli...

Greenwich Roundup
08/27/08 GREENWICH ROUNDUP READER RESPONDS: Greenwich School's Test Scores - See how the Greenwich School's rank against the other schools in the state on standardized test's at www.schooldigger.com and post the results on The Green...

Saramerica
Nice one, Bill - There were times during the primary season where I thought Bill Clinton was losing his marbles. But the guy was right on tonight. Great speech, delivered w...


These Blogs Are Temporarily AWOL or MIA:

For What It's Worth
- Gone Fishing Back Friday - please check in then. Thanks!
2 days ago

Greenwich Gossip
The Yellowwich Time Can't Speak English - Today's headline in the local rag, AKA *Yellowwich Time*, shows us all just how pathetic they really are: *Cops relish in Golder verdict* So there you hav...
6 days ago

The Greenwich Blog
Double Exposure: Aerial Photographs of Glaciers Then and Now. July 12, 2008 - October 26, 2008 - An exhibition of paired large-format photographs of mountains and glaciers, recorded in the early to mid-1900s and again from 2005 to 2007, that document t...
1 month ago 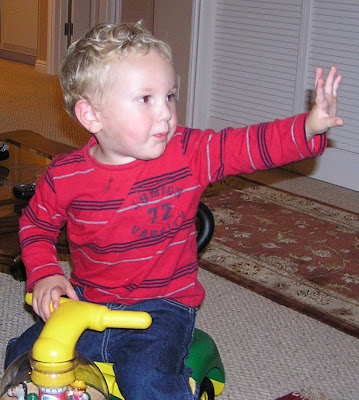 Someone Get Some Traffic Cops Over Here
Glenville Gridlock: Bus drivers, can't legally pull into the parking lot because it's private property, so they're forced to stop at the corner for several minutes at a time, causing traffic snarls behind them.

TOP STORY
HEADLIMES:
The Glenville Nightmare As Officially Began, But Don't Worry Frank Mazza Is In Charde Of The Renovation
Failed School Administrators Enjoy Heafty Pay Increases As Glenville Families Are Forced To Suffer
Some Glenville parents waiting over an hour for their children who are forced to take a 45 minute plus bus ride.
Glenville PTA LEADERS Sound Like A Broken Record As They Keep Saying They Are Trying To ONLY See The Bright Side Of The Situation Created By Their Failed Aministrative Pals
QUOTE:
What if it's raining, and we're stuck out here?" Glenville mother Terry Hoff asked yesterday afternoon while waiting for her child to arrive. "I've been out here so long, I'm worried about getting fired for taking so much time,"
"We are turning our lemons into lemonade !!!!!!!," said the Glenville PTA Leaders, as they let their Board Of Education friends and failed school leaders off the hook,"Our small children are tough enough to handle being dispersed all over town. RAH, RAH, RAH, Goooo Gators, Goooo Gators !!!!!!"

Glenville School parents voiced frustration and resignation yesterday as they sent their kids off by bus to one of four different schools on the first day of the new school year.
Much of that sentiment arose from where they'd been forced to stage the send-off - the parking lot of the neighborhood's Stop & Shop supermarket.
Under a modified route, school buses are now stopping outside the store's parking lot, near Glenville Road, to deliver students to Parkway, Julian Curtiss, Cos Cob and Western Middle schools.
Already there have been a few complications with the new route, which will likely remain in effect until renovations are complete at Glenville's aging school building just a few blocks away from the stop....

More From The
Board Of Education's Boy
Colin Gustafson

9,000 of Greenwich's finest return to school

Slideshow: Click Here
After a summer of fun, most North Mianus School students were hard-pressed to remember any of the lyrics to their school-sprit anthem during a sing-a-long at opening convocation yesterday.

But when their music teacher (and sing-a-long conductor) Robin Chenot got to the closing lines of the song - typically punctuated by a fist-pumping "Yeah!" - hundreds of arms shot into the air and even more voices chimed in.

"Well, at least we got that part right," Chenot mused.
With that, the 2008-09 school year got off to a rousing start at the Riverside elementary school's gymnasium ...

....This year, Western's roughly 530 students will share their school with hundreds of Hamilton Avenue elementary students, who are occupying the middle school's modular classrooms, as well as with fourth- and fifth-graders of Glenville School, who will be sharing classroom space. Both Glenville and Hamilton Avenue schools are currently undergoing renovations.

That influx comes in addition to the dozens of fresh faces entering Western's sixth grade this year....

You Wont Read This
Signifigant Fact In The,
Board Of Education's Boy,
Colin Gustafson's Article
There Will Be A Board of Education Meeting
Tonight At 7 pm In The Parkway School.
If Glenville parents want to fix the mess that failed school administrators have made, then they had better show up and demand action.
Glenville Parents Are
Wondering Why,
The Board Of Education's Boy,
Colin Gustafson Did Not Give Them
A Heads Up About
The Board Of Ed Meeting?????
Will Greenwich Police Officers Be Sent Out Tommorow Morning To Ease The Glenville Gridlock Problem?
MORE FROM THE GREENWICH TIME:

The Bruce Museum, which sits on public parkland, is requesting the town's approval to cut down several trees as part of an expansion plan.

Natalie Miller, 27, of 219 Valley Road, Cos Cob, was arrested early Tuesday morning and charged with driving under the influence during a motor vehicle stop on East Putnam Avenue, according to a police report.....

....A Fairfield man was arrested by warrant for third-degree larceny after an early morning scuffle outside the Bulldog Cafe on River Road Extension, according to a police report.

Frank Porretti, 36, of 24 Chestnut St., Fairfield, and Zachary A. Casey, 25, of 30 Nicholas Ave., were arrested early Monday morning and charged with breach of peace in connection with the alleged fight, according to a police report.

A computer check revealed a Monroe warrant on the larceny charge for Porretti, according to the report.

Porretti's girlfriend told police Porretti and Casey fought after Casey heckled her boyfriend as he was arguing with her outside the restaurant, according to the report....

Thanks to donors, the blood shortage in Connecticut is no longer at the critical level it reached last month.

Wow, that was quick. No doubt that's what many parents - and even more kids - are saying this week as they say goodbye to summer and, alas, hello to another school year.

For Sen. John McCain to even consider Connecticut's Joe Lieberman, an independent, to run on the Republican ticket for vice president is ludicrous.
Sen. Lieberman, who has a clear, irrefutable record as being pro-choice, belives also in big government to solve ballooning American domestic problems. This pompous politician is not a Republican!

And to select Sen. Lieberman to speak at the Republican convention is an affront to conservative Republicans. The specter, the irony, of Lieberman even showing up at the convention in prime time is a disservice to enrolled Repbulicans who cherish family values as the cornerstone of their beliefs.

Lieberman is no "bipartisanship" grand bargain. His DNA has showboating written all over it!

See how the Greenwich School's rank against the other schools in the state on standardized test's at www.schooldigger.com and post the results on The Greenwich Roundup, should make for some interesting reading!