02/25/10 Response To FOI Request Sent To Greenwich Schools Superintendent Dr. Sidney Freund Showes That He Lied To Parents And Taxpayers

Here is an e-mail response that was sent by Ms. Williams on 2/19. It
appears the e-mail address used was not the same as you gave me today.

Please confirm receipt of this message.


Please see the attached response to your FOI request. Thank you.

The Above BOE Written Response Shows That Superintendent Freund Lied When He Said Greenwich Board Of Education Facilities Director Anthony Byrne Voluntarily Went On Three Months Of Administrative Leave.

Anthony Byrne Never Resigned Or Requested To Be Placed On Administrative Leave Before He Was Escorted Out Of The Board Of Education Headquarters.

Byrne Was PLACED On Administrative Leave For Misconduct.

The Rumor Around Town Is That Superintendent Freund Covered This Up And Gave Byrne A $30,000 Administrative Leave Package, In Order To By His Silence

There Are Many Unconfirmed Reports That Byrne Threatened To Rat Out Persons Associated With Frank Mazza's 30 Million Dollar Hamilton Avenue Building Committee.

All To Often Greenwich Residents Have To Suffer From The All Too Compliant Corporate Media Outlets That Are Too Afraid To Protect The Interests Of Taxpayers, Parents And Children.

Where Is Hearst Newspaper Editor David McCumber And The Greenwich Time Reporters?

The Third Rate Greenwich Time Cub Reporter Colin " BOE Brown Nose " Gustafson For A Month Has Been Sitting On Emails That Showed That Anthony Byrne Did Not Voluntarily Go On His $30,000 Administrative Leave Vacation.

01/26/10 You Wont Read This In The Greenwich Time; Key Figure In School Mold Fiasco was escorted from his job at the Greenwich BOE

01/29/10 They Just Cover Stuff Up In Greenwich - The Single Family Home Owners Have An Obligation To Pay The Bill, But They Don't Have A Right To Know

Often Times The Coverup Is Worse Than The Crime

“It has come to my attention that the news media has been provided with false and/or misleading information regarding Anthony Byrne’s employment status with the board,” Dr. Freund said in his statement. “Mr. Byrne is currently on leave pending a voluntary retirement when he reaches eligibility effective April 1, 2010. Mr. Byrne has not been terminated and there has been no finding that he engaged in any misconduct in the course of his employment by the board.”

According to district Director of Communications Kim Eves, Mr. Byrne was placed on leave with pay Jan. 4.

Asked why he was placed on leave, Dr. Freund said he couldn’t comment because it is a personnel matter.

02/23/10 Greenwich School Children Suffer, Because Education Reporting Is Not A Priority At Hearst Newspapers

Please send your comments, news tips and press releases to GreenwichRoundup@gmail.com
Posted by Greenwich Roundup at 2/25/2010 02:22:00 PM No comments: Links to this post

02/25/10 Tonight's Greenwich Board Of Education Meeting is Canceled

Tonight's Board of Education Meeting (2/25/10) has been canceled. The
agenda items will be moved to the 3/11/10 Board Work Session. 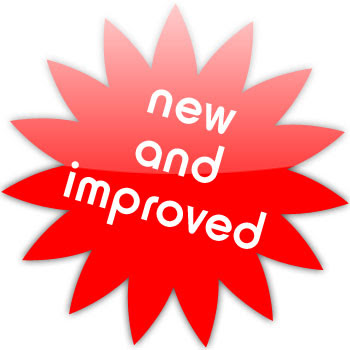 The New And Improved Greenwich Time

After two years of controversy, a wealthy Russian couple have overcome opposition to their plans for their 18 Simmons Lane estate.

The Planning and Zoning Commission on Tuesday approved Olga and Valery Kogan's plan to renovate their 19,000-square-foot home.

Last May, citing neighborhood opposition, Olga Kogan abandoned efforts to tear down the home and build a new 21,127-square-foot residence with 15 bathrooms.

The commission approved that plan last March after it had been scaled down from one for a 27,000-square-foot mansion with 26 bathrooms.

Greenwich Time Reporter Frank MacEachern Did A Much Better Job Than Niel Vigdor Of Covering All Of The Business Before The Planning And Zoning Board
.....a public hearing aired differing viewpoints on proposed zoning changes to ensure business zones didn't become the preserve of banks, and real estate and insurance firms.
The commission is considering adding special permits to some zoning applications as a way to control development by banks, for example. The permits would allow the commission to consider other issues, such as traffic, before giving a proposal its approval.
Peter Lauridsen, a Realtor and principal of Greenwich Land Co., argued special permits would only increase the cost of doing business by lengthening the zoning approval process.
However, Chris Canavan, president of Greenwich Automotive Services at 111 W. Putnam Ave., said special permits are "a way you preserve the character of the town."....
Frank MacEachern Makes Greenwich Residents Feel Like They Are Sitting In The Middle Of The Bi-Monthly Pand Z Meeting
.....a hint briefly surfaced that a review of a portion of renovations at Luca's of Greenwich restaurant at 35 Church St. could be a hot topic at the March 9 commission meeting.
It was on the agenda Tuesday because of the possibility of issuing a stop work order due to concerns about the building's structure.
However, the commission was told that the town's Building Department determined work could proceed.
Jane Hogeman, the lawyer representing residents at 20 Church St. across the street from Luca's, was stymied when she tried to raise questions about other parts of the building -- such as its exterior -- only to be told those questions had to wait for the March 9 meeting.....
.....The plan to turn the site of the former Cos Cob Power Plant into a recreation area was also briefly addressed. It is to be taken up on March 9.....
....The commission granted an extension of a coastal site plan for Joseph Zaffino at 48 Loughlin Ave.....
....The commission approved a final site plan and special permit to convert a storage area at 165 Mason St. into a penthouse and fitness center for tenants only.....
Then Greenwich Time Reporter Frank MacEachern Filed A Second Report From The Planning And Zoning Meeting
Marina and club expansion withdrawn after opposition
By Frank MacEachern, Staff Writer

Faced with a skeptical zoning commission, Rick Kral has withdrawn his proposed expansion of his Cos Cob-based marina and private club.

But he vowed Wednesday to submit a new application this year.

"We are going to regroup and come back with something else," he said. "We're not giving up."
Kral owns Beacon Point Marina and Greenwich Water Club, located at 49 River Road. Kral wanted to redevelop his current site as well as expand to a nearby property.

The site is in the waterfront business zone, where zoning rules require most of the activities to be primarily water-related, such as slips or services for boats and the rowing club there now......

This Is Better Than Twitter:
Greenwich Time Reporter Niel Vigdor Only Used To Give A Two Day Old Staff Summary Of The Planning And Zoning Meeting
While Greenwich Time Reporter Frank MacEachern Gave A Blow By Blow Up To The Minute Description Of The Procceedings From His Laptop
...."You were going west and a lot of people were going east," said Chairman Donald Heller about Kral's attempts to resolve questions about his plan.....

.....Commissioner Richard Maitland didn't believe there was enough parking in the plan.

Local residents were also opposed to the expansion because of concerns about traffic.

Late in the meeting, Peter Lowe and Sean Goldrick, parents whose children have rowed at the club, harshly criticized the rowing program offered at Kral's business.

....Goldrick joined in that criticism and said Kral's claim that he made no money on the rowing program was "balderdash."

With the two men sitting with their arms crossed several rows behind him, and occasionally shaking their heads....

Madoff Kin Changes Name
Daily Beast
Some of Bernie Madoff's grandkids will be known by a different name: Morgan. Stephanie Madoff, who is married to Bernie's son Mark, went to court on ...

New York Post - Newser - 102 more news articles
UPDATE:
Greenwich Resisident Walter "Feeder Fund" NoelMight Be
The Next Madoff Thief To Be Arrested
The Nose Is Tighting Around Walter Noel's Neck
The Fairfield Greenwich Founder Can Run But He Can't Hide
Madoff Operations Director Arrested by FBI Agents
By Patricia Hurtado
Feb. 25 (Bloomberg) -- Daniel Bonventre, the ex-director of operations for Bernard Madoff Investment Securities LLC, was arrested by agents of the Federal Bureau of Investigation as part of its investigation of fraud at the defunct firm.
Bonventre, 63, was arrested this morning at his home in Manhattan and is scheduled to appear in federal court later today, according to James Margolin, a spokesman for the FBI.
Madoff, 71, is serving a 150-year prison term after pleading guilty last year to the largest Ponzi scheme. New York- based Bernard L. Madoff Investment Securities LLC is being liquidated by the Securities Investor Protection Corp.
Yusill Scribner, a spokeswoman for Manhattan U.S. Attorney Preet Bharara, didn’t immediately return a voicemail message seeking comment.
--Editor: David E. Rovella.
To contact the reporter on this story: Patricia Hurtado in New York at +1-212-732-9245 or phurtado@bloomberg.net.
To contact the editor responsible for this story: David Rovella at +1-212-617-1092 or drovella@bloomberg.net.
AND:
FBI says arrests ex-Madoff operations director
NEW YORK (Reuters) - A former director of operations for imprisoned Ponzi schemer Bernard Madoff's investment firm has been arrested, the FBI said on Thursday.

Daniel Bonventre, 63, was arrested at his Manhattan residence, and is scheduled to appear later Thursday in Manhattan federal court, the agency said.
No further details were immediately available. A spokeswoman for U.S. Attorney Preet Bharara in New York declined to comment.
Bonventre would be the sixth person to face criminal charges over the December 2008 collapse of Bernard L. Madoff Investment Securities LLC.
The firm was a base for a decades-long swindle that investigators have estimated at $65 billion.
Madoff pleaded guilty last March, and is now serving a 150-year sentence at a North Carolina federal prison.
(Reporting by Grant McCool; Writing by Jonathan Stempel, editing by Dave Zimmerman)
==================================
Please send your comments, news tips and press releases to GreenwichRoundup@gmail.com
Posted by Greenwich Roundup at 2/25/2010 07:47:00 AM No comments: Links to this post

ALL After School Activities Are Canceled Today, Thursday, February 25,
2010. 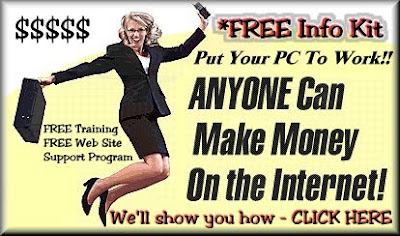 Hello, This is Martin from Gapbustar Libre Inc., I am mailing to place an advert in the paper . Below is what I will like the ad to read:

Get back to me with the quote for the AD to run for 2 weeks.

Kindly let me know if you accept credit card for payment

Here is my information Below

Thanks and I await your sooner response.
Regards,
Martin
Comment:
Dear Martin,
There Is No Charge For Placing Employment Ads At Greenwich Roundup/
We Are Happy To Publish Employment Ads For Greenwich Residents.
However, Your Company "GAPBUSTAR LIBRE INC" Has No Web Presence What So Ever. Also, "209-566-0183" Is Not Listed Online.
Moreover, You Have Pulled This Crap With A Similar Company Name And A Different Phone Number And Email Address.
Further, 2575 Crown Point Avenue Omaha NE Is Not A Business Address According To Assessor Property Records These Records Say That 2575 Crown Point Avenue Omaha NE Is A 4 bedroom, 2 bathroom Home That Is 1886 Square Feet And Was Built In 1915.
Perhaps, You Should Try Placing Your Ad The Greenwich Time, Because This Money Losing Hearst Newspaper Is Desperate For Money And Has Been Known To Publish Ads Like This In The Past.
=======================
Please send your comments, news tips and press releases to GreenwichRoundup@gmail.com
Posted by Greenwich Roundup at 2/25/2010 03:25:00 AM No comments: Links to this post