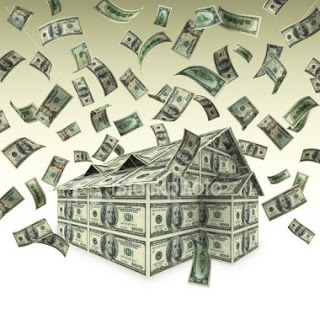 In four years of litigation culminating in a high-stakes Connecticut Supreme Court hearing last month, the town has spent more than $500,000 on legal bills in its battle with a Greenwich policeman who sued it for violating his rights when it failed to promote him to captain, according to figures provided by Town Attorney John Wayne Fox said....

...The town is appealing the civil verdict promoting Captain Michael Pacewicz to lieutenant. The verdict has not been implemented pending the appeal. Honulik outscored Pacewicz on a promotion exam. Since 2004, when the suit was filed, the town has spent $560,000 on its own legal fees in the case, hiring Stamford attorneys Robin Frederick and Sheila Huddleston to represent it in the case and Bridgeport attorney William Kupinse to represent Pacewicz, Fox said....

...The bill doesn't include legal bills in the $400,000 to $500,000 range for Honulik that the town would be obligated to pay if Honulik prevails, according to Kathryn Emmett, Honulik's Stamford-based attorney..

...In September, Superior Court Judge Michael Shay ruled in Honulik's favor, promoting him to captain and finding that the town broke labor law by departing from its long-running practice of promoting the top scorer on police promotional exams.... for Honulik that the town would be obligated to pay if Honulik prevails, according to Kathryn Emmett, Honulik's Stamford-based attorney....

This is such a profound example of the poor leadership displayed during Lash's tenure.

How unfortunate it was that the Jim Lash illegally put someone like Michael Pacewicz into such an important position.

Michael Pacewicz is not a man of integrity and I am he will not do what is right and give up his illegal appointment to Police Captain.

Michael Pacewicz should stop dragging this thing out - give the right man his promotion and lets move on. This has cost the TAXPAYERS a considerable amount of money and caused disruption in the police department.

Its about time the Town look at new internal legal council. For one, why do we have our own lawyers when we must go hire an expensive firm like Day Pitney (when we lose every time anyway) and two they seem to be giving poor legal advise anyway!

Why are we paying Town Attorney John Wayne Fox $12,500 a month anyway?

This government spending at its best.

If you ran your household or business like local, state, or federal governments do you would be broke and out of business.

If Jim Lash and Town Attorney wanted changes in the way to promote police supervisors then they should have negotiated it with the unions.

This is Greenwich Republican Politics At It's Worse.

As to the question of:

"Why did Jim Lash violate the law for Michael Pacewicz?"

Greenwich is Greenwich. Greenwich does not have to follow the rules like everyone else in the world, because WE ARE GREENWICH...It's an attitude thing, plain and simple...

As to the question of:

"How can we put an end to this madness?"

One answer is to get rid of Michael Pacewicz just like we got rid of Jim Lash.

Another easy answer...All Greenwich has to do is dig deeper into the bottomless money pit called the single family homeowners pockets and they can drag these things out for as long as John Wayne Fox wants to...

As to this issue with Mr. Honulik:

If John Wayne Fox wanted changes in the towns hiring and promotional actions, then he should have had the town negotiate these matters properly in the first place.

John Wayne Fox did not properly advise the town to list all the steps and factors that they want to base their decisions on in the original job description postings up front.

John Wayne Fox should have properly advised the town not change the way they make their decision, after the fact, when Michael "I am Lash's Favorite Candidate" Pacewicz does not place where they wanted him to.

Michael Pacewicz's illegal appointment has not been fair to anyone involved.