03/1109 “I love the church, but there is a need for reforms,” John Lucarelli a member of St. Michael the Archangel Parish in Greenwich which lost 400K 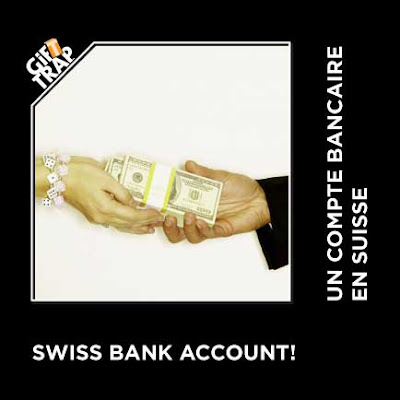 Today, the Roman Catholic bishops sponsored a rally at the Connecticut Capitol building in support of church-state separation. They didn’t exactly bill it that way, but that’s what it was.....
......Rep. Michael Lawlor and Sen. Andrew McDonald had introduced the plan after concerns from Catholic constituents about the balance of power between the laity and the church leadership.
“Catholic lay people provide all the funds for the running of the parish, but they have absolutely no executive authority for how those dollars are spent,” Paul Lakelan, director for the Center of Catholic Studies at Fairfield University told the Courant. “That’s a situation that increasing numbers of people are unhappy with.”
A push to reform the governance of the Catholic Church has been a long-time struggle for many Catholics.
“I love the church, but there is a need for reforms,” John Lucarelli told the Courant. Lucarelli is a member of St. Michael the Archangel Parish in Greenwich, Conn., where a former pastor was forced to resign after an audit showed $400,000 of the diocese’s funds were missing and that he kept two bank accounts a secret.
Lucarelli, who is also active with a group called Catholics for Better Governance, said he tried to convince church leadership to reform itself, but it never happened.
“You keep banging your head against the wall, but you’ve got to stop and try a new tack,” he said.
Church leaders were predictably upset at the possible state intervention into church affairs, and they tried to deflect attention from church financial scandals by bringing up bogus charges of government censorship. Bridgeport Bishop William Lori, on his blog, said this bill was “a thinly veiled attempt to silence the Catholic Church on important issues of day, such as same-sex marriage.”
That’s absurd. The proposed legislation, however misguided, was intended to prevent clerical misuse of church funds. It had nothing to do with the hierarchy’s ability to speak out on public issues.......
PLEASE SEE:
03/10/09 Ex- Greenwich Represenitive Dolly Powers Started Controversial Bill That Caused Bishops To Go Nut$ !!!!
Debate rages on church bill
Connecticut bill on Catholic Church nearly identical to Voice of the Faithful strategy
03/10/09 BREAKING NEWS: Tonight Priest$ And Bishop$ Are Going To Party Like Its 1999: Cowardly Lawmakers Run From Angry Bishop$
Proposal To Regulate Catholic Church Pulled
03/10/09 Greenwich Post Breaking News
After outrage from area Catholics against a proposed state law that would strip bishops and parish pastors of their financial authority, a state Senate bill was withdrawn from consideration Tuesday.
Read more Comment Share
03/11/09 SHAME: SHAME: SHAME: Rather than open up a dialogue as a result of the proposed bill, Bishop Lori has chosen to “crush it at its inception
Catholics Shouldn't Blame McDonald, Lawlor For Accountability Effort
03/11/09 BUSTED: Google News Shows That Once Again The Greenwich Time Is Having Trouble Telling Time
================================================================
Please send your comments, news reports and press releases to GreenwichRoundup@gmail.com
Posted by Greenwich Roundup at 3/11/2009 02:22:00 PM