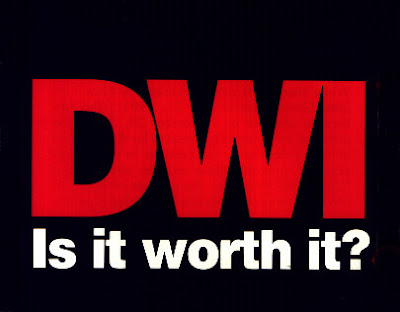 Debra,
Per your request.

“After a comprehensive review, Greenwich High School’s Head Coach for the Boys Varsity Lacrosse Team, Paul Burke, has been suspended as Coach for two weeks following his arrest on a charge of driving while under the influence of alcohol (DUI). A number of stipulations have been specified in a ‘Last Chance Agreement’ that must be adhered to upon Mr. Burke’s return from suspension. The Agreement requires a meeting, as was conducted on Monday night, for Mr.Burke’s lacrosse players and their parents to acknowledge the incident and to share with them the consequences for his actions.

In addition to and among other stipulations, Mr. Burke will donate the entirety of his coaching salary for this year to a victim rights advocacy group and he will volunteer his time with the Red Cross Safe Rides program as an adult supervisor. While we do not condone the behavior that led to Mr. Burke’s arrest, he has taken responsibility for his actions and we expect that he will abide by the terms of the agreement and all State laws.”

03/10/09 BREAKING NEWS: You Wont Read This In The Greenwich Time - Alan Capaso Is Involved In Another Greenwich Public School Cover Up

.....Burke was arrested in August 2008 by Darien police after he slammed his car into a stone wall in that town in June, according to police. He has not been convicted.....

.....Burke crashed his 2005 BMW into a stone wall on Middlesex Road in Darien at 2:37 a.m. June 15, 2008, police said. There were signs of intoxication, including the odor of alcohol, when police arrived at the scene, Captain Fred Komm said.

Burke was taken to Stamford Hospital for injuries sustained in the crash, police said. Police obtained a warrant for his medical records on July 9 to determine his blood alcohol content, which, according to Komm, was "significantly over the limit." Komm declined to release the level, but noted that it was above 0.2. The state legal limit is .08.

Burke was arrested by warrant on Aug. 3, 2008. He has since appeared in court and is currently on the list for a jury trial, according to his Greenwich-based lawyer, Eugene Riccio......

Some Greenwich Parents Are Saying That Coach Paul Burke Is Going To Trial In An Effort To Avoid Jail Time Because Of Previous Criminal Arrests.

Coach Burke's Lawyer, Eugene Riccio, Is Very Sharp, Because In The So Called "Last Chance Agreement" He Negotiated With School Officials Will Protect His Teaching Job If He Relapses Once Again.

Burke will be back to coach in April so long as he complies with all the stipulations of the agreement, which additionally restricts him from consuming alcohol and requires him to undergo weekly counseling sessions.

If Burke fails to comply with the agreement, he will be required to resign as head coach, but will still keep his teaching job and still have contact with children.

Paul Burke, His Lawyer Or School Officials Are Welcome To Provide Comments To This Blog To Tell There Side Of The Story

There is no "silver bullet'' for ending drunken driving.

In fairness to Mr. Burke, we all make stupid mistakes. But like a shot in the dark some of these mistakes are far worse than just stupid: They are tragic.

I almost lost my wife to a drunken driver who was speeding down the wrong side of the road. He totaled our GMC Jimmy and speed off inhis damaged car.

Person''s who cane to the aid of my wife were able to get the license plate of the drunk.

This driver had been arrestted for drunk driving previous to almost killing my wife.

Driving under the influence is one such mistake. But the far greater and deadlier threat is repeat DUI offenders like Mr. Burke. They continue to drive drunk despite previous arrests.

By most estimates, repeat DUI offenders make up about a third of drunk driving arrests. And even though their licenses may be revoked, it is estimated that 50 percent to 75 percent of them still drive, even without a license. A repeat DUI offender's behavior is difficult to change. Many of them have severe alcohol problems.

Yet, our state's efforts to punish or rehabilitate them don't appear to be working. Repeat DUI offenses are commonplace in our state. Unfortunately, many also end in tragedy for the offender or an innocent victim. Recently, one such case in on Sheepshill Road demonstrates just how deadly this "mistake" can be.

Our state lawmakers should draft a bills that are designed to help reduce DUI recidivism by mandating interlock devices for all offenders, introducing staggered sentencing and repeals an expungement provision for offenders to promote accurate record keeping of DUIs.

It is my understanding that Mr. Burkes legal manuvers are designed to manipulate the punishment that is due, because he is a repeat offender.

Expunging these offenses only serves to enable or even encourage repeat offenders to continue driving drunk by reducing their sentences for future DUI offenses.

There are good arguments for expunging conviction of first-offense DUIs after say a dozen years, but if any further DUIs are accumulated at any time in the future the repeat offender's prior cases should be restored to his record and used to extend revocation of licenses or jail time.

Other ideas are also worth debating to get repeat DUI offenders off the road. For example, lowering the blood-alcohol content limit for convicted DUI offenders or creating a state Web site that lists the names, addresses, photos, descriptions of offenders' crimes, etc.

Please send your comments and news tips to GreenwichRoundup@gmail.com or click on the comments link at the end of this post.