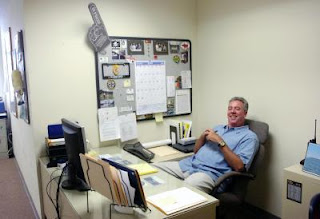 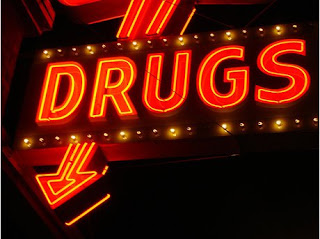 ......The Newly Proposed
Welcome To Greenwich Sign
To Be Placed On The Port Chester Border.
(Greenwich Time And Stock Photos)

The Shame Of
Unsolved Drug Deaths
In Greenwich

When is the Greenwich Police Department Going To Start Holding Drug Dealers And Drug Users Responsible For The Deaths Of Children In Greenwich.

Officer retires from force after 30 years

Whether working on high profile cases like the investigation of crooked financier Martin Frankel to rooting out drugs in town, Detective Sgt. Timothy Duff said he will miss working on criminal cases but not the irregular hours or weekend shifts...

....After supervising the Greenwich Police Narcotics Unit for more than half a decade, Duff, worked his final day last week.The 52-year-old town native said he has accepted a job as a loss prevention investigator for a supermarket chain....

...."During the years I've served as a narcotics investigator I've seen trends in the narcoticsbeing used change but one thing that has remained constant is that there has always been narcotics use in the town of Greenwich," he said. "There are always cases going on and the unit is well equipped to move forward."....

This Greenwich Time Story is just an amateurish fluff piece that doesn't even mention the the unsolved Greenwich teenage drug deaths and the drug pushers and purchasers who get away with murder.

No Mr Cassidy ignores the serious unsolved teenage drug deaths that occurred on Detective Duffs watch and sums up this narcotics detective career with insipid stories like.....

.....Another time Duff and other officers searched a house high and low looking for a man wanted on a warrant.

Officers found him crouching inside the refrigerator, Duff said.

The man later sent Duff a friendly letter from jail telling him that the light went out when the door closed, Duff said....

No wonder Greenwich Detective Timothy Duff's new career is being a loss prevention officer at a grocery store.

Maybe, the Greenwich Police Department needs to stop denying that there is a gang problem in Greenwich, because gangs and drugs go hand in hand. Gang fights over turf ussually are over who is going to control drug sales in that area.

Please see:
Also Please look at how the Greenwich Police Department has displayed a grave indifference to the drug homicide of
teenager John J. Bria in Byram.

Have Greenwich residents seen any progress in the investigation of this three year old drug Murder investigation?MORE:

Two months after police filed arrest warrant applications in the 2004 fatal overdose of John Bria III, prosecutors have not approved charges in the death of the teenager who overdosed in his Pemberwick home...

..."I'm astounded by the reluctance shown by the State Attorney's Office in this case when the reports are full of information providing probable cause," Seeger said...

...A lawsuit filed by Bria's parent in 2005 is still pending and names Katie Hanscom, Savannah Lamotte, Megan Caron, and Jason Cunningham, four youths who spent time with Bria the night of his death, and Donna Cunningham, who picked up her son the morning after the party.

Attorneys for all five defendants said their clients bear no responsibility for Bria's death.

Western Greenwich residents are complaining about the drug problem, but police officials just are not listening.

And please don't for get about the other Western Greenwich Boy who's killer was never brought to justice. .....