12/20/08 Illegally Appointed Captain Michael Pacewicz Milked The Town For All It Was Worth, While Cheating An Officer Out Of What Was Rightly His 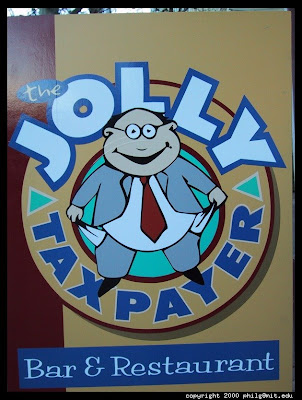 The Police Department's second-in-command is stepping down.

Captain Michael Pacewicz, 48, of Greenwich, said that his last day will be today or Tuesday.

Pacewicz joined the department in 1983 as a patrolman and was promoted to sergeant in 1992.

.....Pacewicz's resignation comes after four years of litigation that started when Lt. Gary Honulik sued the town after it failed to promote him to the open captain's position. Pacewicz got the job instead. Honulik argued he should have been promoted because he received the highest score on the police promotion exam, a long-standing department policy used until former Police Chief James Walters implemented an interview process.

A Superior Court judge ruled in favor of Honulik in 2007, but the town was granted an expedited appeal from the state Supreme Court, which heard the matter in April after deeming it a matter of public safety.......

......the litigation has created a strain in the department's top levels, handcuffing the town from promoting officers to fill two deputy chief positions and another captain position until the state high court hands down a decision. With Pacewicz stepping down, there will now be four open positions, leaving the chief the only remaining ranking official above lieutenant. .....

Please Read The Incomplete Greenwich Time Story That Only Interviewed Police Chief David Ridberg And Failed To Seek All Sides Of The Story By Seeking Quotes From Police Commissioner Peter Tesei, Cheated Officer Gary Honulick, As Well As, Those Who Had Been Involved In The Illegal Promotion Such As Former Greenwich Police Commissioner Jim Lash And Former Police Chief James Walters. But Armature Greenwich Time Reporter Debra Friedman Did Not Know Who To Interview About The Story, Because She Was Not Here In 2003. Clueless Friedman Was Probably Unaware That Peter Tesei Was Police Commissioner Of The Town Of Greenwich.

PLEASE SEE:
Illegally Appointed Greenwich Police Captain Micheael Pacewicz who's legal mess is costing the single family home owners of Greenwich over 1 Million Dollars.
PLEASE ALSO SEE:
01/01/08 The 2007 Knucklehead Of The Year Award Goes To .....
DUMBEST OF THE DUMB
When it came to selecting the New York Knucklehead of the Year, however, all distractions were put aside, the nominees were carefully reviewed and the vote was unanimous. Alas, we cannot inscribe the award with an actual name, because there were multiple winners involved in this
Greenwich Police Department disaster.....
Oh, how we would like to actually name all the political geniuses involved in violating civil service rules for the Greenwich Police Department's Captains position. But that is not to be. All those involved can pick up the prize, though, by coming to the rear door of 161 North Water Street in Byram at midnight, knocking three times and whispering the secret password, which is"Ridberg Is Incompetent."
The Morons Who Did Not Follow The Civil Service Rules And Illegally Appointed Michael Pacewicz Captain once again got the Greenwich taxpayer involved in another expensive lawsuit that the Town lost.
Pacewicz can not even properly conduct a simple internal affairs investigation.
Every time Pacewiez cashes his big fat Captain's paycheck the taxpayers are being cheated.
The taxpayers of Greenwich are paying top dollar and deserve better than the bungling Pacewicz who trys to solve police department performance and discipline problems with amateurish attempts at two bit cover ups.
With boobs like Pacewicz in charge - No wonder murders go unsolved in Greenwich.
09/24/07 - Police Department Appeal - Farricker And Tessi Both Say "Forget About It"
HEADLINE:
Candidates want appeal dropped
STORY:
Republican and Democratic nominees for first selectman in this fall's election said challenging a court decision forcing the promotion of a policeman to captain will hurt public safety and cost more than legal fees.
First Selectman Jim Lash intends to seek an appeal of the verdict in the case of Lt. Gary Honulik if attorneys cannot reach a settlement in the case.
Two weeks ago, State Superior Court Judge Michael Shay ordered Honulik to be promoted, and slammed the town for illegally manipulating its hiring policies to deny the 34-year veteran a promotion to captain in 2003.
The ruling also directed that Capt. Michael Pacewicz, the man promoted instead of Honulik, be returned to his former rank, with Shay ruling that Pacewicz was promoted illegally.
The appeal would negatively affect the police force by extending a block on promoting senior police commanders, worsening a leadership void and threatening public safety, Republican nominee Peter Tesei and Democratic nominee, Frank Farricker said.
'I think the situation is a very sad saga for the individuals involved, the Greenwich Police Department, the town, and I don't think we should exhaust further resources appealing the decision,' said Tesei, chairman of the Board of Estimate and Taxation. 'We need to move forward.'
Farricker, a member of the Planning & Zoning Commission, said the appeal would be another in a line of ill-chosen battles, part of a wider pattern of the town aimlessly taking cases to trial when settlement would appear wiser, and alienating employees by disregarding town poliies.
================================================================
Please send your comments to GreenwichRoundup@gmail.com
Posted by Greenwich Roundup at 12/20/2008 06:54:00 AM