09/02/11 Is CEO Armstrong of Greenwich Taking AOL Private? - Are The AOL's Patch Websites Like The Greenwich Patch Toast? What About Huffington Post? 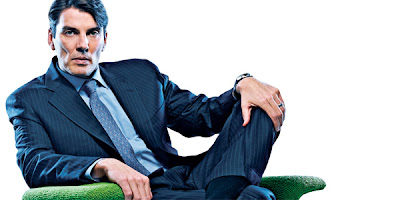 Since he took over AOL in 2009, now embattled chairman and Chief Executive Officer Tim Armstrong of Greenwich has made no secret of his desire to turn the online giant into one of the most powerful media companies in the world.

But on Thursday multiple reports on Websites from the Atlantic to BusinessWeek and Fortune Magazine declared Armstrong about to take the struggling firm private, which would mean breaking up AOL's multiple pieces and selling them off, while closing down others entirely.

There is also rampant speculation that Armstrong could walk away with a multimillion dollar buyout to launch a run for elected political office in Connecticut.

The Greenwich resident and former head of Google has repeatedly issued public comments denying plans to take the company private, or close Patch, it's hyper-local news websites.
But most media outlets aren't buying it.

"Patch, the sprawling network of hyper-local Websites that now reaches from California to Maine, will likely be killed off completely," according to a report Thursday on the Atlantic Website.

"Nobody will want to take on a division that continues to lose something in the neighborhood of $160 million per year, or almost $500,000 per day. Those editors and writers? Gone. And nobody will miss them, with current traffic to those sites equivalent to that of a good personal blog," the Atlantic reports.

The rest of AOL, the non-core assets, will be parceled off, according to the Atlantic, which states that "Google could pick up AOL Mail and AIM, maybe MapQuest, incorporating them into existing assets."

After struggling for years with a falling stock price and a perceived lack of confidence in its management, AOL "may finally be ready to break up the company" is how InvestorPlace describes recent talks Armstrong has had with bankers about taking the company private, the Atlantic also reports.

Many investors, upset over the 30 percent tumble AOL's stock has taken this year alone and the $1 billion in value it has lost since leaving Time Warner in December 2009, have pulled out; they want to see the company broken up and sold for its parts, which could be significantly more valuable than the whole.

Several media outlets report that Armstrong has retained the services of investment bankers Allen & Company, which is involved in the legendary mergers and acquisition firm Wachtell, Lipton, Rosen & Katz.

"It seems only a matter of time before AOL goes private so that the company can be restructured," states the Atlantic.

Those PE guys don't like flushing hundreds of millions of dollars of cash flow down the drain," Businessweek states.

Fortune Magazine, however, stated in an online story that "going private would likely give Armstrong a better chance of realizing his romantic dream: to build the first great Internet media empire.

"As he was shepherding AOL through its public spinoff from Time Warner two years ago, Armstrong said he meant to turn the company into the 21st century's Disney. And also the 21st century's CNN. He invested in real reporting at a time when storied magazines were shedding jobs by the hundreds."

Armstrong's dream, Fortune writes, is "also a giant risk–one that is unlikely to ever gain favor with public shareholders.

"It's an incredibly expensive, highly uncertain undertaking. Armstrong, reporting the company's dismal second-quarter numbers earlier this month, said "a turnaround would take until 2013."

But most media business experts don't believe shareholders will have the patience to wait that long.