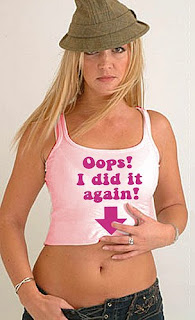 Department of Parks and Recreation Director Joesph Siciliano said. "I'm sure somebody just pulled last year's press release off the shelf, plugged in the new dates and then sent it out. Anybody who buys a day pass can buy a ferry ticket and listen to the Jazz on the Sound."


Story:
Jazz on the Sound begins June 22
Greenwich Post, CT
Posted at 11:30 AM Today The Department of Parks and Recreation will hold the first Jazz on the Sound Concert of the summer on Sunday, June 22...

...The next concert of the season will be on Sunday, July 13. Rain dates for all Jazz on the Sound concerts are the following Sunday. You must be a resident of Greenwich and possess a current beach card to ride the ferry.

It Looks Like Editor Kristen Zimmer Didn't Know That The Top Story In Greenwich Has Been The Fact That Anyone Can Now Ride The Ferry.

The Front page of Today's Greenwich Time shows three pretty girls girls from the Bronx riding on the Ferry.

GREENWICH — - The town has rescinded a decades-long restriction on access by out-of-towners to two prime beaches. For the first time, nonresidents may board municipal ferries to visit Island Beach and Great Captain's Island.

Previously, nonresidents were barred from the ferries, which began their seasonal run Saturday, unless they were accompanied by a Greenwich resident.

The policy change was made last fall by then-First Selectman Jim Lash, but has not been publicized. Town parks director Joseph Siciliano said the policy was not properly communicated to staff, resulting in incorrect information on the town's website and in a news release for a jazz concert.

Greenwich's beach policy has landed the town in hot water. In 2001, the state Supreme Court struck down its residents-only beach policy.

For the first time, nonresidents may board municipal ferries to visit Island Beach and Great Captain's Island.
Greenwich islands, ferries are open to out-of-towners
Norwalk Advocate
06/16/2008 01:00:00 AM EDT

GREENWICH - For the first time, the town is offering out-of-towners easy access to two prime Greenwich beaches, Island Beach and Great Captain's Island, after rescinding a restriction that had been in place for decades.

In a policy change not announced or publicized by the town, nonresidents now have full access to board the three municipal ferries running to the islands. Previously, out-of-towners had been barred from the ferries unless accompanied by a town resident.

"The ferry will be available to nonresidents with the ability to ride the ferry using a day pass along with a ridership ticket," town Parks Director Joseph Siciliano said. "There is no residency restriction."

The former policy had been in effect for at least 25 years, he said. Town ferries started their seasonal runs Saturday.

The policy change makes the two islands the most accessible of Greenwich beaches for nonresidents. The ferry dock is near the downtown train station, adjacent to several large municipal parking lots and within walking distance of Town Hall, where beach passes are on sale on weekdays....

...Last week, the town's Web site continued to show the old policy, while a Department of Parks and Recreation statement for a Jazz on the Sound concert next Sunday on Island Beach said, "You must be a resident of Greenwich and possess a current beach card to ride the ferry."

Siciliano said the incorrect information on the Web site and in the statement were because the policy was not correctly communicated among staff.

"I'm sure somebody just pulled last year's press release off the shelf, plugged in the new dates and then sent it out. Anybody who buys a day pass can buy a ferry ticket and listen to the Jazz on the Sound."

According to Lash, the change was prompted by the realization that the policy failed to meet a federal mandate enforced by the U.S. Coast Guard requiring a plan to screen passengers on ferries instituted after the Sept. 11, 2001, terrorist attacks....

...Brendan Leydon, a Stamford attorney who successfully sued Greenwich in the state Supreme Court in 2001 to open town beaches to out-of-towners, said the now-abolished ferry policy was legally questionable and might have provoked a constitutional court challenge if left unchanged.

"I think it is probably smart they changed the previous policy which appears to be of dubious legality," Leydon said. "Barring nonresidents who are not accompanied by residents probably would not be sustained in the courts."

Town Attorney John Wayne Fox countered Leydon's suggestion that the ferry policy was changed because it was in conflict with the court decision. He said the policy change also was unrelated to the recently concluded federal lawsuit of Stamford bicyclist Paul Kempner, who claimed the town's beach policies continued to violate the 2001 verdict.

"I don't think the lifting of the restriction had anything to do with the Kempner case or concerns about the town's standing legally on the beach policy - or any restriction which was in conflict with the Supreme Court case," Fox said.

He said the incorrect information on the Web site would be fixed soon.

Some residents will not be happy about Lash's decision to loosen the restriction without public input, said Sam Romeo, a North Mianus resident and former town legislator.

"I don't think that things were well thought out, and I think there are unintended consequences that will come with this," Romeo said. "They should have had some public comment."....

Of Coarse Bloggers Know That The Beach Is Open To Everyone

We Can All Go to Greenwich's Island Beach Now

Judging from this story, in the Greenwich Time, it seems as only a couple of old curmudgeons object, including one woman whose opinion was immediately challenged by her husband:. "I think everybody should stay on their beach," resident ...
sphere - http://thissphere.blogspot.com/

ALSO THE STORY IS ALL OVER THE NEWS WIRES:

Kristen Had Better Double CheckPress Releases From The High Paid Department of Parks and Recreation Director Joesph Siciliano, Because He Tends To Screw Things Up All The Time.

Please send your comments and examples of poor newspaper editing to GreenwichRoundup@gmail.com