09/22/08 Why Can't We Have Free And Open Debates That Include All Canidates? Let the voters hear from everyone and then decide. 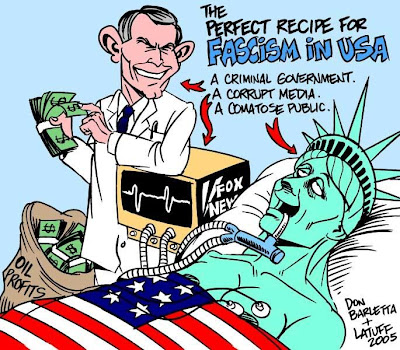 You Were Warned In 2005 ^
Himes claims Shays avoiding debates
By KEN DIXON
Two challengers for the 4th Congressional District seat Tuesday charged that veteran U.S. Rep. Christopher Shays was avoiding campaign debates.
A Shays spokesman countered by saying he expects as many as nine debates will take place next month.
However, by Tuesday evening no debates had yet been scheduled for the seat representing about 650,000 southwestern Connecticut residents.
Democrat Jim Himes of Greenwich and Green Party candidate Richard Duffee of Stamford said that Shays, the only Republican member of Congress from New England, was trying to run down the clock to Nov. 4......
.....Paul S. Timpanelli, president and CEO of the Bridgeport Regional Business Council, confirmed Tuesday that congressional candidates will appear somewhere in Bridgeport for a debate on health care on Oct. 24.
He doubts whether Duffee will be invited.
"The answer is probably going to be 'no' because in the past, the third-party candidate wasn't viable," Timpanelli said in a phone interview. "I haven't given it any thought at this point, but normally, in the past, we have made that decision based on our government-relations committee." ..... blah .... blah .... blah ..... blah .....
....Green Party State Chairman S. Michael DeRosa said Tuesday that unlike 2006, when the Greens fielded only one Congressional candidate, there are Green candidates this year in each of the five districts.
DeRosa, in a phone interview, said he's not surprised that mainstream politicians may try to keep Greens out of the debates.
"This has always been a problem," DeRosa said. "All parties are equal in Connecticut, but some are more equal than others." He described the state's publicly-supported election fund as the "no-Democrat-or-Republican-left-behind" law while Connecticut lawmakers made it harder for minor parties and independents to gain public financing.
"We're on the ballot and we have a large number of supporters," DeRosa said. "The two parties don't want us in the debates because we'll raise issues they don't want to talk about, like the economy falling around us, offshore drilling and the war."
DeRosa said that Duffee would add a necessary voice to the BRBC's healthcare forum.
"He would raise the issue that we should be discussing around the nation and that's the single-payer system like Canada and every other industrialized, civilized nation in the world has in one form or another," DeRosa said.
Please Read The Full Story: Connecticut Post
Comment:
It is not for Paul Timpanelli to decide which candidates are viable.
Richard Duffee is on the ballot and the voters have a right to hear his views.
Timpanelli is a former Democratic Fitst Selectman of Trumbull and therefore is biased...he should have no voice in who is invited to the debates!!!!
Disgusting UnAmerican and Unpatriotic Censors Like Pual Timpanelli Should Not Try And Manipulate And Interfer With The Democratic Process.
What Is Paul "The Facist" Timpanelli Going To Tell The Voters Next?
"There will be no debate because they already had a debate at the bridge in Bridgeport last month?
The debate that Paul "the Facist" Timpanelli wants to manipulate is about the all important topic of health care. The voters, especially those without healthcare, need to hear why we can spend Hudreds Of Billons in Iraq and Wall Street, but Working Class Americans can't afford basic dental care for their families.
================================================================
Please send your comments to GreenwichRoundup@gmail.com
Posted by Greenwich Roundup at 9/22/2008 09:46:00 PM