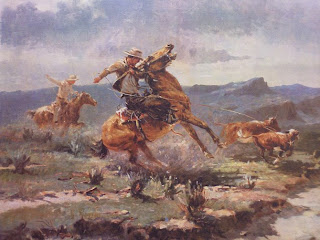 Sternberg defends policy on recruiting by Boy Scouts
Schools Superintendent Betty Sternberg, grappling yesterday with the fallout from her decision to block the Boy Scouts from recruiting on campus during classes, accused her critics of playing politics.

Shame On Sternberg - "It's been going on for seventy years...

She will be working in our Greenwich office at 100 Mason Street (661.0800) with manager, Neil Dixon. Litzie began her banking career as a part-time teller ...

As part of this year's Art to the Avenue celebration, the Greenwich Arts Council is presenting two productions this week. This Thursday, May 8, ...

Spring in her step

Sheridan Mullins, 5, takes advantage of the open space to fly her kite during the Land Trust’s Spring Walk at Westfall Preserve. About 150 community members came out for the annual walk and festival. The property is adjacent to the town's 297-acre Babcock Preserve....

Food drive next week: Put your donation near the mailbox

On Saturday, letter carriers in more than 10,000 cities and towns across America, including Greenwich, will collect canned food from their postal customers as part of the 16th annual National Association of Letter Carriers National Food Drive — the largest one-day food drive in the country....

Police Watch: The following reports were released May 5

....Jeffrey Jay, 49, of 50 Fox Run Lane was arrested May 3 and charged with breach of peace and risk of injury to a minor. According to police, Jay was at the movies on Railroad Avenue with his family and, while at the theater, encountered his daughter’s boyfriend. Police said Jay became very angry that the boyfriend was there and allegedly instigated a pushing match with him before grabbing him, shoving him into the wall and shaking him. The boy, who is 15, then reportedly struck Jay in the left eye to get him to release him. Jay was released on a $500 cash bond and is due in court May 12....

Please send your comments, letters to the editor, news clips, press releases, upcomming events and videos to GreenwichRoundup@gmail.com
Posted by Greenwich Roundup at 5/06/2008 12:30:00 AM