Bank Of America ATM Alert:
Here Is How The ATM Thieves Are Able
To Steal ATM Card Information
In Greenwich And Norwalk 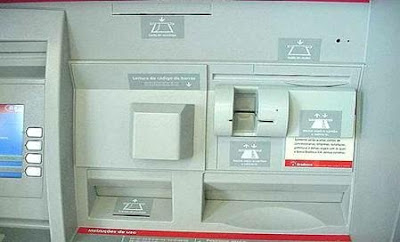 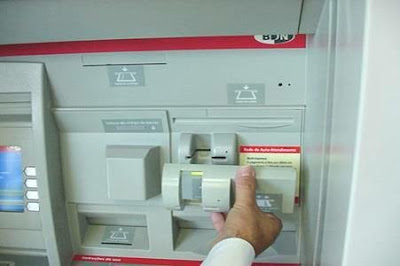 A False Card Slot Is Affixed Over The Original Card Slot. The False Slot Holds An Additional Card Reader That Is Used To Copy Card Information. 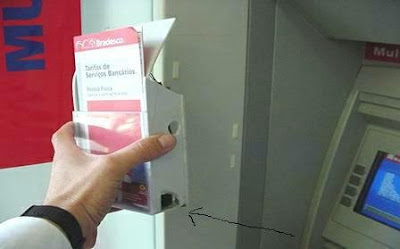 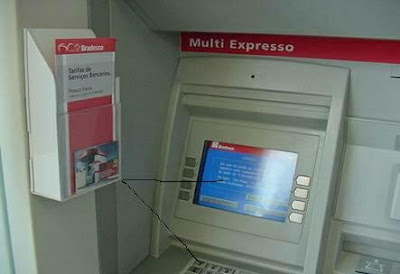 The Hidden Camera Is Angled To View The Monitor And Key Pad
Norwalk police smash ATM bank card scam
The Hour
A man and a woman are behind bars today and being held on $1 million bond after they were arrested for an alleged ATM scam.

Victor Vasile Constantin, 23, of no known address, and Gina Gheorghe, 29, also of no known address, are also being held on an immigration detainer by Immigrations and Customs Enforcement after the pair of suspects were hit with a slew of criminal charges, according to Lt. Paul Resnick, a spokesman for the Norwalk Police Department.


Police said on Thursday evening Norwalk detectives working in conjunction with a detective assigned to the Connecticut Financial Crimes Task Force arrested the suspects who were caught red-handed in the act of skimming information from unsuspecting ATM customers, Resnick said.....

....At approximately 7:30 p.m., the suspects were spotted in the parking lot to the rear of the bank. Detectives moved in and arrested Constantin and Gheorghe, who had just removed the ATM scanning device and a separate pinhole video camera, Resnick said.

They were each charged with unlawful use of a scanning device, third-degree identity theft, conspiracy and fraudulent use of an ATM.

Bail was set at $1 million each, and they were arraigned in Norwalk Superior Court Friday. They are set to appear back in court on April 3.

Constantin and Gheorghe are also suspects in a similar incident that happened at a Bank of America location in Greenwich on March 19.

The police spokesman said the camera was mounted above the keypad and was used to watch bank customers enter their PIN number while the scanning device captured the information from the magnetic strip on the back of the ATM card. The devices are later retrieved, and the information is used to make duplicate forged ATM cards. The forged ATM cards are then used to illegally obtain money from ATM's from the unsuspecting customer's bank accounts......

PLEASE ALSO SEE:
Man, Woman Charged In Norwalk ATM Scam
Hartford Courant
NORWALK - A 23-year-old man and a 29-year-old woman were caught by police skimming data from a Bank of America ATM machine Thursday evening, police said.
Victor Vasile Constantin and Gina Gheorge were arrested around 7:30 p.m. after removing a scanning device and a pinhole video camera from the ATM, police said.
Each is charged with fraudulent use of an ATM, unlawful use of a scanning device, third-degree identity theft and conspiracy. They were arraigned today in Superior Court in Norwalk. Bail was set at $1 million each.......
.....Bank of America officials became suspicious upon discovering dried glue around the ATM's card slot Thursday afternoon and called police. A detective assigned to the Connecticut Financial Crimes Task Force opened an investigation.
Bank officials called police again at 6 p.m. after seeing man and woman enter the bank foyer and install a scanning device onto the front of the ATM, police said. Detectives set up surveillance and waited for the suspects to return, police said.
Constantin and Gheorge were seen in the parking lot at 7:30 p.m, police said. They had just removed the scanning device and camera and detectives moved in to make an arrest, police said......
Two charged in Norwalk ATM scam
Norwalk Advocate
....The camera was mounted above the keypad and was used to watch bank customers enter their PIN number while the scanning device captured the information from the magnetic strip on the back of the ATM card, police said.
When the devices are retrieved, the information is used to make duplicate ATM cards.
Also recovered from the pair were a Spackle knife, an X-Acto knife, a Swiss Army knife, a bottle of clear glue and four cell phones, Resnick said.
The glue was used to secure the scanning device, while the knives were used to remove the device after it collected the data needed to make duplicate cards, Resnick said.
================================================================
Please send your comments news tips and press releases to GreenwichRoundup@Gmail.com or click on the comments link at the end of this post.
Posted by Greenwich Roundup at 3/28/2009 12:09:00 AM