03/10/09 I've never done anything with the pet trade, but I'm being put into the same category because of that chimp situation 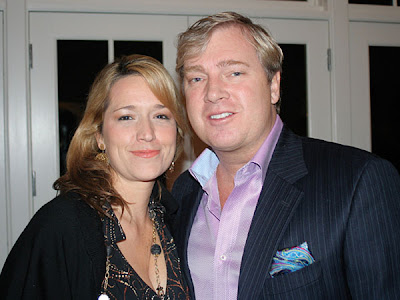 WIERD NEWS: American Energy Group, an oil and gas drilling company that has interests in Pakistan has a CEO that maybe a victim of selective ape enforcement

DEP spokesman Dennis Schain denied there was selective enforcement, saying there was a formal complaint about Koby the ape that triggered an investigation

Prosecution's case against Onthank comes down to two things: the apes weight and the date it came to Connecticut

"I did all the right things. I followed all of the rules that I know of -- period," said Pierce Onthank, . "I took this monkey to the vet. I had him tested. He had all the proper health certificates from the vet, attesting to the fact that he is in excellent health. I took him to the preserve. I don't think I did anything wrong.

"All the kids in the neighborhood have grown up with that monkey -- that same monkey for years," said Charlotte O'Brien, a classmate of one of the Onthanks' sons at Roger Ludlowe High School, "That's why they call that "the monkey house.'"

FAIRFIELD -- The prosecution's case against Pierce Onthank for illegal possession of a primate comes down to two things -- the simian's weight and the date it acquired Connecticut residency.

On Monday he told the Connecticut Post to his knowledge he did nothing illegal and was keeping the animal to rehabilitate it, not as a pet.

Onthank, a longtime conservationist and corporate chief executive officer at a Westport-based energy firm, appeared in Superior Court in Stamford Monday on a single charge lobbed by wildlife enforcement officers with the state Department of Environmental Protection. The DEP has accused him of illegal possession of a primate. The matter stems from Onthank taking his siamang gibbon Koby to the Lionshare Zoological Center in Greenwich last summer, where he arranged for it to be cared for......

MORE:
Conn. rep 'disturbed' when ape is found in diapers
WOKV
By JOHN CHRISTOFFERSEN
Associated Press Writer
NEW HAVEN, Conn. (AP) -- Six weeks before a 200-pound chimpanzee nearly mauled a woman to death, state officials were cracking down on the owner of a 14-pound siamang that was still wearing diapers made for infants.
Pierce Onthank, the president of an oil and gas company, was charged in January with illegal possession of a primate for keeping a siamang, a type of gibbon that is native to rain forests in Malaysia and Indonesia and can weigh up to 30 pounds and stand 3 feet high.
The Connecticut Department of Environmental Protection says he never had the required permit.
The owner of Travis, the chimpanzee who mauled the woman, also did not have a permit. But Travis was allowed to go unmonitored, while the owner of Koby the siamang gibbon is facing a court hearing and possible fine.
"I'm very disturbed," said state Rep. Diana Urban, D-North Stonington. "It simply points out to me why we need to have definitive legislation on this issue.".....
.....The charge against Onthank, who could face a fine of less than $500, comes a month after a Stamford woman, Charla Nash, was mauled by Travis, a former television commercial star. Nash, 55, is hospitalized at the Cleveland Clinic in Ohio. Police shot and killed Travis but haven't decided if they will file charges against owner Sandra Herold.
DEP officials knew of Travis from a 2003 incident in which he escaped from a moving vehicle and led police on a two-hour chase through downtown Stamford. But they did not enforce the permitting requirement because they had no other complaints about him.....
......Officials in Fairfield, where Onthank lives, have registered 16 incidents involving his dogs, and neighbors had complained he had 12 monkeys, a tortoise, large iguanas and an otter.....
....Onthank's wife said Sunday that Koby, age 2, weighs about 14 pounds and wears diapers.
Experts say siamang gibbons are powerful and are potentially dangerous to humans.
"Primates are basically unpredictable," said Stephen Rene Tello, executive director of Primarily Primates, a sanctuary in Texas that has offered to take the siamang. "That animal will change into an aggressive wild animal very quickly."......
================================================================
Please send your comments, news tips and press releases to GreenwichRoundup@gmail.com or click on the comments link at the end of tis post
Posted by Greenwich Roundup at 3/10/2009 02:02:00 AM