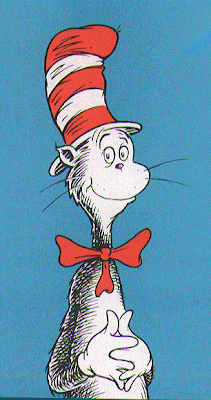 Would you cut them
in a glade ?

Would you cut them
with a blade ?

In a glade
With a blade

With a cloth
With a goth

I would like to cut my wrists
I sometimes cut them I am Chris.

Suicide by Madoff investor only adds to mysteries
Jan 2, 2009
By Alex Berenson and Matthew Saltmarsh NEW YORK: In the days after Bernard Madoff was arrested and accused of orchestrating a $50 billion Ponzi scheme, ...International Herald Tribune - 10 related articles »

The day before a French aristocrat killed himself in despair over the Bernie Madoff Ponzi scheme, he was preparing to part with some ...

News that a hedge fund manager slammed in the Madoff scandal committed suicide did not come as a shock to some of Fairfield Greenwich's clients.

Greenwich Roundup had already predicted that what Bernnie Madoff did was so outrageous that it would have ramifications like this.

This Isn't Only Money. This Is Peoples Lives.

Some Greenwich Fairfield Investors Had Planed To Live Off Their Nest Egg And Then Pass On The Remainder To Their Children.

Now They Don't Know How They Will Pay For Their Kids Private School Or Pay Their Mortgage.

Walter Noel Handing Billions Over To Madoff Has Dramatically affected The Lives Of Greenwich Fairfield Investors. Some of Noel's Clients Are Having To Look For Work In A Shrinking Economy.

These Victims Are Just Beaten Up By The Whole Thing And The Future Looks Dismal Right Now.

Everyone One Is Sad To Hear About The Suicide.

It Has Been Rumored That Greenwich's Trust Fund Babies Have Been Unable To Get Up Enough Energy To Go Out On The Golf Coarse Since The Scandal Broke.

Walter "Feeder Fund" Noel's Failure To Perform Due Diligence On Madoff Has Destroyed Lives And People Don't Know Where To Turn To.

Adding Insult To Injury To Fairfield Greenwich Investors Is That Madoff Is Spending His Days In A Luxury Penthouse Apartment In Manhattan.

God Only Knows Why Madoff Is Not Sitting In Jail Awaiting Trial.

Another Insult To Walter "Feeder Fund" Noel's Clients Is That They Are Paying For Madoff's 24 Hour Guard.

That's Fairfield Greenwich Investor's Money That Madoff Is Paying With.

If Walter "Feeder Fund" Noel's Best Buddy Bernie Is Starting To Push You Over The Edge Don't Pick Up A Razor Blade. Seek Out Some Help.

If You Are Too Embarrassed To Call The Suicide Hotline, I Can Tell You That Many People In And Around Greenwich Find Help Here:

Listen Living With Out Millions Of Dollars In The Bank Is Not So Hard.

Trust Me, I Have Done It All My Life.

You Will Get Used To It After A Bit Of Time

Also, Please Don't Send Me Emails Telling Me I Am Going To Hell For The Above Fake Dr. Seuss Poem. I Have Already Started Packing My Bags.