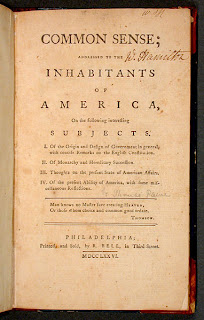 Greenwich Roundup is devoted to reporting of events and developments that are noteworthy and signifigant to readers living in, and / or employed in Greenwich.

Greenwich Roundup will post reliable information without compromise. Our first duty is the
PEOPLE'S RIGHT TO KNOW,
by exposing the truth, without fear or hesitation, no matter where the pursuit might lead, in the finest tradition of
FREEDOM OF THE PRESS.

Greenwich Roundup will cover news and events relevant to the single family home owners and taxpayers of Greenwich.

Greenwich Roundup will use it's abundant time and our resources, to get past the initial 'Spin' and 'Damage Control' often characteristic of imediate news releases to reach the very heart of the matter:
THE TRUTH.

To succeed, we recognize that we must carefully balance of relevant hard-hitting, Greenwich news and commentary, with features and columns useful in daily living in and around, Greenwich. We must stay trim and flexable if we are to succeed.
RESPONCE TO A RECENT EMAIL TO GreenwichRoundup@gmail.com

I am sorry for the delay in responding to you, I know you sent two emails so far. We have been getting flooded with emails from parents and taxpayers about the Hamilton Avenue School students.

There are a lot of emails about no school books and supplies for Hamilton Avenue Children.

I am trying to keep up with all the news tips, but unfortunately I am blind in one eye and the left eye is crossed, which makes it difficult to hunt and peck on the key board with one finger.

Often I have to greatly magnify the type on the Greenwich Library computers in order to read materials, often this leads to the Wildly excited or active and frantic or frenzied type on this blog.

If you or anyone else would like to submit an article directly to Greenwich Roundup all you have to do is send an email to...

Articles can be submitted anonymously, because of the vindictive nature of some school and political officials in Greenwich.

I will eventually read and respond on all of the email news tips concerning Hamilton Avenue School. I am about a quarter of the way through the emails.

So please submit your articles directly to ....

New England has a long and storied history of publishing anonymously

For example there are revolutionary heroes such as Ben Franklin who at 12 he became an apprentice to his brother James, a printer. When Ben was 15, James created the New England Courant, the first truly independent newspaper in the colonies.

When denied the option to write to the paper, Franklin invented the pseudonym of Mrs. Silence Dogood, who was ostensibly a middle-aged widow. The letters were published in the paper and became a subject of conversation around town. Neither James nor the Courant's readers were aware of the ruse, and James was unhappy with Ben when he discovered the popular correspondent was his younger brother.

Another example is Thomas Paine who was an English pamphleteer, revolutionary, radical, classical liberal and intellectual. He lived and worked in Britain until the age of 37, when he migrated to the American colonies just in time to take part in the American Revolution. His main contribution was as the author of the powerful, widely read pamphlet, Common Sense (1776), advocating independence for the American Colonies from the Kingdom of Great Britain, and of The American Crisis, supporting the Revolution.

Later, Paine was a great influence on the French Revolution. He wrote the Rights of Man (1791) as a guide to the ideas of the Enlightenment.

What a brave and wonderful man.

I would like the name and phone number of someone I can speak to that owns/runs this website.

Thanks and Best Regards,

I'd Bet Betty "You Can Trust Me" Sternberg and her failed school administrators would like to know who this currently elected PTA Official is, but they are not going to find out who ********** {Redacted}is. Betty "You Can Trust Me" Sternberg had better let these mothers test those modular classrooms, because "Hell Hath No Furry like a mother protecting her small child."

If the Politican's and Officials want to avoid the Raw And Ravaging Fury Of Mother's Protecting Thier Small Children, they had better put an end to this School Board Cover UP.

As One Mother So Elegantly put it...

Email ThisBlogThis!Share to TwitterShare to FacebookShare to Pinterest
Labels: Betty Sternberg, Freedom Of The Press, Peoples Right To Know