2/10/08 The Raw Greenwich Overnight News Feed. Greenwich Roundup Has Spanned The Globe To Bring You The Latest News About Greenwich 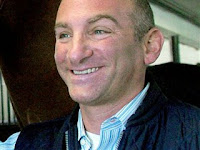 Top International Story:
American woman convicted in 'milkshake murder' granted approval to file appeal in Hong Kong
By DIKKY SINN
Associated Press Writer
HONG KONG
An American woman convicted in Hong Kong of killing her banker husband by serving him a laced milkshake and then bashing him on the head won approval Tuesday to move ahead with her appeal.
Nancy Kissel, dressed in a black skirt and black cardigan, smiled and appeared calm as a three-judge panel granted her request to file a second appeal before the territory's high court.
The high court, known as the Court of Final Appeal, will now decide whether to hear the appeal. Kissel lost the first appeal of her conviction in October.
Kissel was found guilty of murder and sentenced to life in prison in 2005 in the case widely referred to as the "milkshake murder." She was convicted of drugging her husband with sedatives in 2003 and then bludgeoning the wealthy banker on the head with a metal ornament.
Full Story: ABC News
Gates Chili has two superintendent finalists
Democrat & Chronicle
... 2 district superintendent and search consultant. Manko started teaching high school social studies in 1977 in Greenwich, Conn. He also worked as an Oswego County BOCES assistant principal, a middle school principal and the New York Mills Union Free ...
TOP STORTS STORY:

Naslund enjoys New York, hopes to play with Foppa
NHL.com
... From a personal standpoint, though, he is exactly where he wants to be. He and his wife, Lotta, love their home in Greenwich, Conn., which is about a 15-minute drive to the Rangers' practice rink in Greenburgh, N.Y., and about a 45-minute commute ...
Top National / Business Story:

CEOs feel the heat: Homeowners protest outside mansions
Raw Story
... "Grab Your Torch and Pitchfork." Protesters also gathered outside the mansions of William Frey, the CEO at Greenwich Financial Services, and John Mack, CEO of Morgan Stanley. "The move was part of the nonprofit group's national ...
MORE:

Housing group to protest at executives' homes
Boston.com
... companies that balk at refinancing programs are "financial predators." It conducted a demonstration Sunday at the Greenwich, Conn., home of William Frey, chief executive of Greenwich Financial Services. They also protested at the Rye, N.Y., home of ...
STILL MORE:

Suspect in Fatal Crash Busted Again
WVIT-TV
... charges including vehicular homicide for the crash on Jan. 28. Kathy Krasniewicz, 54, and Kate McClelland, 71, of Greenwich died when Jacobson slammed into the cab they were riding in, police said. The women were attending a librarian conference in ...

Director's Cut: Burger Meister
Westchester
... gets their knickers in a twist because this Westchester Magazine food writer is celebrating a restaurant in Greenwich CT, let me point out that there are no border guards between the two states. Likewise, there are no tolls, wide rivers, or ...

U.S. Stocks Fluctuate as Insurers, Energy Companies Rise; Hartford Climbs
Bloomberg
... of what may be bullish news from the Treasury tomorrow,a said Andrew Wilkinson , the senior market analyst at Greenwich, Connecticut-based Interactive Brokers Group Inc. Coca-Cola fell $1.02 to $42.53 for the biggest decline in the Dow. The company ...

Private-equity firm steps in with R.G. Barry buyout bid
Business First of Columbus
... is evaluating an offer valued at up to $77.8 million to sell the company to Mill Road Capital LP , a Greenwich, Conn.-based private equity firm that submitted an unsolicited buyout bid Jan. 28. CEO Greg Tunney, in a Jan. 30 conference call ...

W.R. Berkley net income down 78%
MarketWatch
Operating income for the Greenwich, Conn. insurance provider fell to 62 cents a share from 97 cents a share.