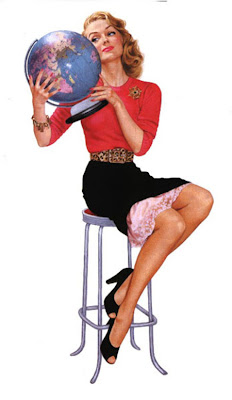 
GREENWICH LOVES THE RAW GREENWICH NEWS FEED ON GREENWICH ROUND UP

HERE IS THE RAW GREENWICH NEWS FEED FOR TUESDAY:

Greenwich Round Up Has Once Again Been Spanning The Globe To Bring You The Latest News About Your Town.....


Santander shares close down on Madoff probe report
Reuters
MADRID (Reuters) - Shares in Spain's biggest bank Santander closed down on Tuesday after the Wall Street Journal reported Spain was probing the bank over the exposure of more than 2.3 billion euros ($3.06 billion) in client funds to alleged swindler Bernard Madoff.
The Journal said Spain's anti-corruption prosecutor would examine the relationship between Santander, investment fund Fairfield Greenwich Group and Madoff.
Investors are suing Fairfield Greenwich Group, whose clients stand to lose $7.5 billion in the alleged $50 billion Ponzi scheme, in which early investors are paid with the money of new clients.
Investors claim Fairfield Greenwich and its executives "failed to manage properly their investments and to carry out necessary due diligence that would have uncovered the massive Ponzi scheme."
A spokesman for Santander declined to comment on the WSJ report, as did Spain's public prosecutors office.
A Bank of Spain spokesman also declined to comment.
Santander shares closed down 3.36 percent at 6.61 euros, compared with a 1.55 percent drop to 9,057.3 on the IBEX-35.
According to the Journal, investigators are probing why Santander chairman Emilio Botin sent his head of risk management operations to visit Madoff weeks before the former Nasdaq chairman's arrest and whether Santander officials were aware of the problem.
WWE's Linda McMahon Gains Power On State School and ...
TWNP-Wrestling News, NY
M. Jodi Rell announced Saturday that she has appointed Linda McMahon of Greenwich, the WWE’s chief executive officer, to the 11-member Board of Education. ...
Stylish trends abound with awards
Norwalk Advocate
The grand award, the 2008 Spec Home of the Year, and Best Spec Home more than $8 million went to Greenwich residents, Andy Fox and Marc Johnson of Stone ...
S&P Puts Spanish Sovereign Debt on Negative Ratings Watch
Seeking Alpha, NY
According to the Wall Street Journal yesterday Spain's anticorruption prosecutor is set to examine the relationship between Santander, Fairfield Greenwich ...

Hanover Real Estate Partners Announces 2008 Strategic Developments
MarketWatch (PRESS RLEASE)
Founded in 1981 and based in Greenwich, CT, Hanover approaches each asset from an owner's perspective, priding itself on its strong operating and management ...

The Verdict: Analysts' reaction
Reuters
NEW YORK (Reuters) - Federal Reserve Chairman Ben Bernanke said on Tuesday the global economy is being hit hard by a financial crisis and how governments respond will determine the timing and strength of recovery.

KEY POINTS: * "For almost a year and a half the global financial system has been under extraordinary stress -- stress that has now decisively spilled over to the global economy more broadly," he said in remarks prepared for delivery at the London School of Economics. * "The damage, in terms of lost output, lost jobs, and lost wealth, is already substantial," he said. * In his first policy speech since early December, Bernanke said the Fed still has "powerful tools" that could be expanded to spur a rebound even though it has dropped benchmark interest rates to near zero.

"Unless there's any policy change that's quantitative, I'm not sure we're going to see much movement in the S&P. It looks like some of it is just bullet points. It's more of a big overview of what has happened and what could happen. It's not a big policy change, just an elaboration of the current policy, what has happened and what will happen. I wasn't expecting a big change, though."

Stamford chef to appear on Martha Stewart show
Stamford Advocate
He worked at Wildfire, now Barcelona, in Greenwich, Grant and Zanghi in Stamford and opened Relish in South Norwalk before returning to Stamford two years ...

Trade Deficit in U.S. Probably Shrank to Four-Year Low as Oil Prices Fell Bloomberg
... re seeing predominantly is weakness on both sides of the ledger,a said Stephen Stanley , chief economist at RBS Greenwich Capital in Greenwich, Connecticut. a oe Exports and imports are both falling.a The Commerce Departmenta s trade figures are due ...

Tullis-Dickerson moves from Greenwich to Stamford
Norwalk Advocate
....from the Greenwich Plaza office complex in Greenwich to 4666 square feet at One Stamford Plaza, a building on Tresser Boulevard owned by New York-based ...

Barbara Ehrenreich: Rich Get Poorer, Poor Disappear
The Huffington Post
... about the neo-suffering of the Nouveau Poor, or at least the Formerly Super-rich among them: Foreclosures in Greenwich CT! A collapsing market for cosmetic surgery! Sales of Gulfstream jets declining! Niemen Marcus and Saks Fifth Avenue on the ...

Black Crowes band member goes into foreclosure
Stamford Advocate
At the time, there were local and federal tax liens on the property in excess of $400000. Robinson's attorney, Michael Jones of Greenwich, declined to comment.
Starwood Energy Acquires a Majority Stake in Nautilus Solar Energy
The South Mississippi Sun Herald
... are excited to complete this majority investment in Nautilus Solar," said Brad Nordholm, CEO of Starwood Energy in Greenwich, Connecticut. "Jim Rice, Alan Dash, and Laura Stern have, in a very short period of time, demonstrated significant ...

Spanish Prosecutors Probe Bank’s $3.1B Client Loss to Madoff
ABA Journal, IL
Losing the most was Fairfield Greenwich Advisors, with $7.5 billion in losses. Prosecutors are probing the relationship between Fairfield and Satander, ...

About That "Mercury Poisoning" Incident....
Jeremy Piven: Scarfing Down Criticism
'Sick' Jeremy Piven Defends Fishy Excuse
Jeremy Piven left Broadway play because his mercury was rising
Smash Hits, India
Finally, I went to a doctor at Greenwich Hospital in Connecticut just so it wouldn't turn into a circus. He said, 'you've got to stop working. ...

A horse is a horse, except when he's on Broadway
Lower Hudson Journal news
The "Equus" horses went to Greenwich, Conn., for a day to visit a horse farm owned by one of the show's producers. The actors watched professionals groom ...

Giant Bank in Probe Over Ties to Madoff
Wall Street Journal
Spain's anticorruption prosecutor will be looking closely at the relationship between Santander, the investment fund Fairfield Greenwich Group, ...

Crude Oil Extends Slump to Sixth Day on Demand-Drop Concern
Bloomberg
“Something in the $30-to-$34 area is probably where we are going,” Charles Maxwell, senior energy analyst at Weeden & Co. in Greenwich, Connecticut, ...

10-K: URSTADT BIDDLE PROPERTIES INC
MarketWatch (PRESS RELEASE)
In October 2008, the Company paid a $500000 deposit on a contract to purchase an office building in Greenwich, Connecticut. In November of 2008, ...

Using alternative medicine to treat common ailments
Stamford Advocate
In the past two years, Stamford and Greenwich hospitals have opened centers that provide what many call integrative care, such as acupuncture, yoga, ...

Bono, Bruce in Inaugural Concert
Hartford Courant
Greenwich native Rob Mathes will be music director and arranger for the backup band that will support all of the artists.

The Times Union in Albany, N.Y., will begin inserting the Sunday editions of The (Bridgeport) Connecticut Post and Greenwich (Conn.) Time Feb. 1.

The Times Union has adequate capacity within its mailroom operation to handle the load, said Dan Couto, the paper’s director of operations and facility planning. The Times Union’s mailroom is anchored by two Goss International Corp. 2299 inserters. “Our ability to run and run well is allowing us to compete” for this type of business,” Couto said.

Albany is located about 100 miles from the Connecticut cities.

UPDATE:
8:30 AM
The Greenwich Time Finally Has Up Dated It's So Called News Web Site:
Town to offer public viewings of inauguration
By Neil Vigdor
Staff Writer
Posted: 01/13/2009 08:25:19 AM EST
Obamamania has hit Greenwich.
For the first time anyone can remember, the town is organizing a pair of public viewing sessions for the presidential inauguration.
Members of the public will be able to watch Barack Obama's swearing-in next Tuesday morning at the Town Hall Meeting Room and at the Cole Auditorium at Greenwich Library, where live television broadcasts of the historic ceremony will be shown.
Marge Robben, a resident who volunteered for the Obama campaign, approached First Selectman Peter Tesei last week to request that such an event be planned.
"I had this idea. I couldn't go to Washington but wanted to be with a lot of people to celebrate," Robben said.
Although he is a Republican who supported John McCain for president, Tesei said he was happy to oblige. The event, he said, has nothing to do with politics.
"It's not about the (political) party. It's about a celebration of democracy. There's historic elements, the first African American president, the first president of a new generation," Tesei said.
With the nation going through tough times economically, Tesei said it only adds to the gravity of the occasion.
"Who wouldn't be rooting for any president to do well?" Tesei said.
In the November election, Obama became the first Democratic presidential candidate to carry Greenwich since Lyndon Baines Johnson in 1964.
A GOP bastion for decades, the town was the boyhood home of former President George H.W. Bush......
Byram parents want move sooner
By Colin Gustafson
Staff Writer
Posted: 01/13/2009 07:45:41 AM EST
With a final round of fixes underway at Hamilton Avenue School this week, many parents want staff and students to be allowed to return as early as February instead of having to wait until spring recess.
School board chairman Nancy Weissler has said the board would consider an April date for moving students from off-site modular facilities to their newly reconstructed building, so as not to interfere with preparation for the Connecticut Mastery Test, given after February break.
Closed for renovations since April 2005, the school was initially scheduled to reopen 18 months after work began. It was most recently scheduled to reopen when classes resumed on Jan. 5.
However, a last-minute impasse between the school's building committee and the manufacturer of its new boiler systems prevented the school from receiving the necessary safety approvals in time for a December move.
Now, workers are installing replacement flue pipes, with the goal of wrapping up work next week.
Once that efffort is finished, PTA co-president Dawn Nethercott said she believes students and staff should be allowed to return to the school as soon as possible instead of working around a standardized testing schedule.
Students' scores plummeted on the 2008 CMT administered last spring, just weeks after mold problems caused school administrators to evacuate students from their modular classrooms and disperse them to other schools.
But Nethercott said moving to a state-of-the-art building would not be nearly as disruptive to the test preparation schedule as being dispersed to different schools had been for students last spring....