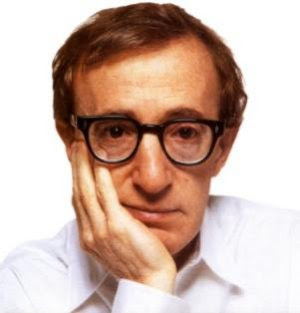 Maybe Woody Allen Will Play The Part Of The Murder Who Slipped Through The Fingers Of The Greenwich Police Department.

Remember how the Greenwich Time sat on the Martha Moxley Murder Mystery story and Los Angeles Detective Mark Furman had to come in a write a book called "Murder In Greenwich".

has forwarded us this email that was sent to ace reporter

Any idea who the Minister's son was?

Chichester surfaced in 1988, when he tried to sell a truck belonging to John Sohus in Greenwich, Conn., police told "Unsolved Mysteries."

The seller used the name Christopher Crowe, the same name used on the stockbroker application, to sell the truck to the son of a local minister, who reported the episode to police after the man could not produce the truck's paperwork. Greenwich police did not return a call on Wednesday.

I don't know Greenwich CT especially well, but I had many friends from the town & area. This looks like the kind of Church he'd attend:
http://www.stbarnabasgreenwich.org/concerts.html

It doesnt get any more Yankee than this : but The Rev. Canon Sydney A. Woodd-Cahusac (correct spelling!) was far too old - could it have been a grandson?? (Incidentally, Syd was an attorney before his late ministry - he was treasurer & house cousel to Rockefeller University.) Or was it another staff member's son?

However, I am going to ask the readers of Greenwich Roundup to help you out in your investigative efforts.

To reach Whoie, please send an email to:

Whosie I hope you will report back to us when you find out the minister is.

FRANK GIRARDOT RECENTLY POSTED ON HIS...

From a Sheriff's bulletin: Chichester_Wanted_Poster.pdf

08/10/98 The Greenwich Time Won't Cover This Story On Their So-Called "News Website" So We Will Havee To Bring It To You.

The Suspect Known as Clark Rockefeller on Wall Street

Dave Copeland, who knows something about criminals and New York, makes some calls to learn about "Rockefeller's" less than illustrious career on Wall Street back in the Gordon Gekko days:

... But after two days at Lehman, Rockefeller told his supervisors that he needed to take time off to search for his parents, who he said had gone missing in Afghanistan. Sources said Rockefeller – who told co-workers at Nikko he was film director Christoher Crowe – was dismissed by Lehman. Rockefeller even invited co-workers to the Greenwich, Conn. guest house he was renting for screenings of “his” movies. Rockefeller claimed he was living in the guest house because his own home was being renovated, a claim that co-workers assumed was one of his tall tales.

Within days of his dismissal from Lehman, Connecticut State Police detectives arrived at the offices of both Lehman and Nikko looking to question Rockefeller. ...

One guess what they might have wanted to question him about. Yep.