08/06/08 Did The Greenwich Police Department Question Clarke Rockafeller Then Let Him Go Free? 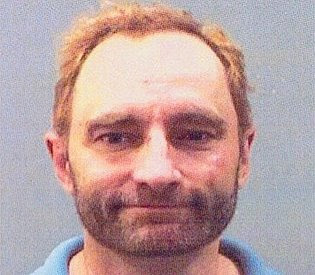 Alook at what we know about Christian Gerhart Streiter and Clark Rockefeller.

1985: John and Linda Sohus of San Marino disappear, last seen in February by Christopher Crowe Mountbatten Chichester, a man claiming to be the son of a British aristocrat and the lone tenant of their guest house. Authorities come to believe Chichester is an alias of Gerhart Streiter. Relatives and friends receive postcards from Paris signed by Linda Sohus, but investigators are unable to determine if the handwriting is the missing woman’s.

A truck belonging to the Sohuses turns up 3,000 miles away in Greenwich, Conn. A man calling himself Christopher Crowe had tried to sell it to the son to a local minister. Rather than buy it, he reports it to police. Authorities determine Chichester and Crowe are the same person.

1993: A man calling himself Clark Rockefeller turns up in New York City, quickly ascending to high society and boasting of his priceless art collection.

1994: Workers digging a hole for a pool at the former Sohus property on Lorain Road in San Marino unearth a trisected skeleton wrapped in plastic bags. Authorities believe it is the body of John Sohus and want to question Chichester, described as an urbane gentleman who endeared himself to the rich.

December 2007: The former couple’s divorce is finalized. Meanwhile in Baltimore, a man calling himself Charles “Chip” Smith and claiming to be a contract captain of luxury vessels in Chile, begins searching for a home for him and his daughter.

July 2008: Chip Smith hires movers to transport his belongings from a U-Haul facility in Cambridge to his new house at 618 Ploy St., Baltimore. Clark Rockefeller purchases $300,000 in gold bullion from an Arlington dealer.

July 27 12:45 p.m. - During a supervised visit with his daughter in front of 5 Marlborough St. in Boston, according to police, Rockefeller pushes a social worker and takes Reigh away in a waiting SUV.

Aug. 2: Rockefeller is caught in Baltimore and Reigh is found safe inside an apartment.

Aug. 4: Rockefeller waives his right to extradition in Baltimore.

Aug. 5: Rockefeller is held without bail in Boston Municipal Court on charges of kidnapping, assault and battery with a dangerous weapon, and endangering a minor.

Homicide investigators say they are probing a possible link between Clark Rockefeller and the cold Sohus case.

Hedi Leistner, a Manhattan pediatrician who has known him for years and whom he often described as his aunt.

"She has fielded all the calls of crisis in Clark's life," said a friend.

Leistner who lives in Greenwich, Conn., would not discuss her relationship with Rockefeller yesterday. She also would not say if she had been in contact with him since the abduction.

"Her father wouldn't hurt her," was all Leistner would say of Snooks.