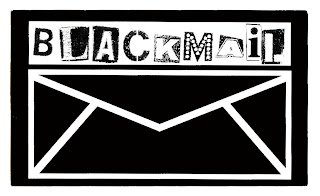 Queens man gets 16 months for blackmail

A , N.Y., man will spend 16 months in prison for blackmailing a businessman whom he believed had paid his girlfriend at least $2,000 for what one attorney described as vile and vulgar sex acts.

Roy Sipel, 22, formerly of 102-25 67th Road, , N.Y., used a phony Russian accent and pretended to a mobster when he confronted the unidentified businessman July 31 and threatened to expose the man's payment for sex, court records show...

,,, The victim did not attend the sentencing.

Sipel had become angry after learning the victim paid his girlfriend $2,000 to $3,000 to perform certain sex acts on him.

He heard what she went through, and he was going to be her avenging angel, Bello said....
.... Bello asked for a minimal prison sentence, noting Sipel's young age and his clean prior record.

This was one mistake, Bello said, Òalbeit an immensely serious one.

He also pointed out that the victim would not have made for a sympathetic witness had the case gone to trial.

We're not talking about a person who's an altar boy, Bello said of the businessman.