07/30/10 INCLUDING EVERYBODY: Ned Lamont Tells 17 Year Olds They Are Allowed To Vote In The Primary 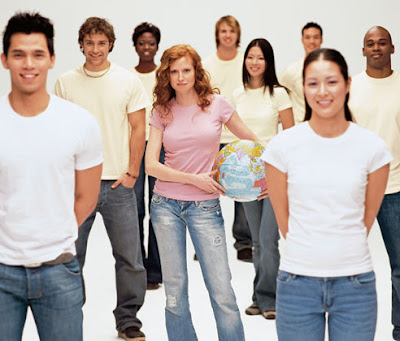 The Headline:
Ned Lamont Thinks Outside Of The Box And Reaches Out To Include Everyone In The Democratic Process
The Quotes:
"They can't do that. We have never allowed 17 year olds to vote. That's crazy. They wouldn't even know who to vote for." - Tom Foley Campaign Worker
“Getting young people in the habit of voting is one of the best things that can happen." - Ned Lamont spokesperson
The Story:
17-year-old Connecticut residents who will be 18 by the time of the general elections on Nov. 2 are eligible to vote in primary elections. That means approximately 10,000 Connecticut teenagers are eligible to make their voices heard for the first time at the ballot box on Aug. 10, just so long as they register to vote and affiliate themselves with a political party.
More Greenwich High School students can vote in this historic election in two weeks because of the involvement of these new young voters after a state resolution passed last year allowing the 17-year-olds to vote.
Of the close to 10,000 eligible under this new law, 2,000 have registered to vote.
The deadline to register to vote is Aug. 9 at noon and only people who register with a party are eligible to vote in the primaries.

Don't Vote! from URBNMKT on Vimeo.