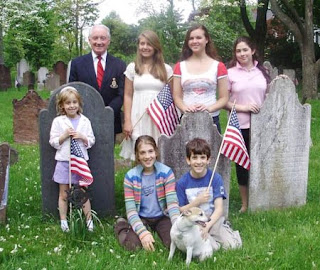 Greenwich Democrats have thrown their enthusiastic support behind Stamford resident Mark Diamond in his race for the 36th District’s state senate seat.

Substance abuse crosses all boundaries and touches all lives — affecting the wealthy, the poor, the young and the old. As longtime friends of Liberation Programs Inc., an organization that helps those struggling with addiction, Louis and Virigina Bantle of Greenwich know that all too well. Their support and efforts will be recognized Tuesday, June 3 when they will be presented with the “Spirit of Hope” award at the Hilton Stamford Hotel.

The Historical Society of the Town of Greenwich is seeking volunteers to fill two roles: one or two telephone receptionists to answer the phones for two to three hours a day, to direct callers to appropriate departments and provide information on activities and events at the Bush-Holley Historic Site; and someone to update on-line community calendars with current Bush-Holley Historic Site events and activities. The work may be done from home and requires about six hours a month. To volunteer, call Michele at 869-689.