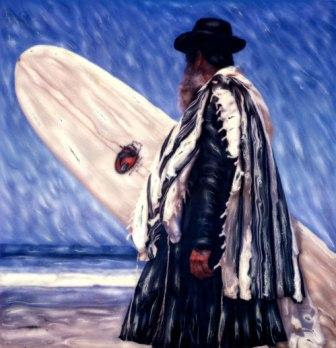 Temple Israel in Palm Beach County picks new rabbi
Palm Beach County's oldest organized Jewish congregation has welcomed its sixth rabbi in 85 years, choosing a man who says he wants to build on its legacy as it looks forward to rebuilding its synagogue.

Rabbi Richard Chapin, 58, replaces the retiring Howard ShapiroWest after 27 years at Temple Israel, founded by half a dozen young families in West Palm Beach in 1923. At the time, an estimated 200 of the city's 10,000 residents were Jewish.

The Reform congregation plans to rebuild its synagogue on North Flagler Drive after years of wear and hurricane damage and hopes to see it completed by 2010.

Chapin greeted several hundred members in a consecration ceremony recently at temporary quarters at the Jewish Community Center on Military Trail.
Before the service, Chapin talked about renewal in a time of historic change in the nation at large.

Chapin was born in Newark, N.J., grew up near Buffalo, N.Y., and spent the past eight years as a rabbi in Greenwich.