08/31/08 Greenwich Real Estate News: Chuck Prince Says,"I Wished I Had Been Reading For What It's Worth" 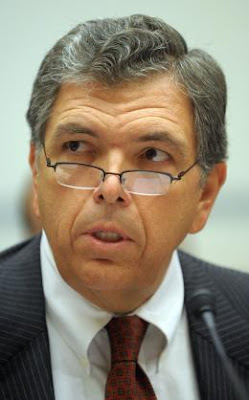 Why Didn't Prudential Connecticut Realty Warn Chuck That The Price Of Single-Family Homes Were Headed For A Big Fall, Instead Of Joining The Rest Of The Real Estate Flock, AndeTelling Everyone That Greenwich Homes Were Immune From The Sub Prime Mortgage Crisis?
Can Anyone Recall A Prudential Commecticut Realty Publicly Going Against The Other Agencies Like Coldwell Banker, And Warning Greenwich Home Sellers That High End Homes Were Going To Be Discounted.

Chris Fountain Is Enjoying His Holiday, But We Are Sure This Story Will Be Featured On For What It's Worth When Chris Comes Back Tan Rested And Ready.

Perhaps Mr. Fountain Should Tag This Story As "Hey Greenwich Post Publisher, I Hate To Say I Told You So, But I Told You So"

Poor Chuck: First He Looses That Big Fat Citibank Job And Then Prudential Connecticut Realty Sells His House At 15% Discount.

Former Citigroup CEO sells his house at a discount
Houston Chronicle
bedroom Greenwich, Conn., home for $5.2 million, 15 percent less than his original asking price.
The property closed this month after a contract was signed in July, according to a sales listing document. It was on the market for 186 days. Prince first sought $6.15 million and later reduced the house to $5.85 million. The buyer wasn't disclosed.
The Tudor-style house includes 2.34 acres, a sauna, gym, six bathrooms and a heated swimming pool. It was built in 1987 and renovated in 1996, according to the listing. The house sits in one of the most sought-after New York City suburbs, a town of 61,000 that serves as headquarters to more than 100 hedge funds.
The median price of a single-family house there fell 2 percent in June to $1.95 million, according to Prudential Connecticut Realty.
"This house is in a great location and is in very good condition," said John W. Cooke, an agent with Prudential Connecticut Realty in Greenwich. "Overall, it is a very desirable home."
"Houses that are priced right will sell in any market, good ones or slow ones," Cooke said.
Prince stepped down as head of Citibank in November as the company prepared to announce the biggest loss in its 196-history. Surging defaults on home loans forced it to write down the value of subprime mortgages and related securities by $18 billion at the time.
His one-time mentor at Citigroup, former Chairman Sanford Weill, has a home in Greenwich less than a 10-minute drive from Prince's former house.
Comment:
15% Of 6.15 Million Is......
I Am Sorry I Can't Count That High
REAL ESTATE UPDATE: 09/01/08
I didn't say it, Barrons did
I didn't say it, Barrons did.Realogy, parent company of Coldwell Banker and Sotheby's, continues to scare the financial press.
In Barron's words, Look out Below!
================================================
Please send your coments, news tips, press releases and real estate news reports to GreenwichRoundup@gmail.com
Posted by Greenwich Roundup at 8/31/2008 04:43:00 PM