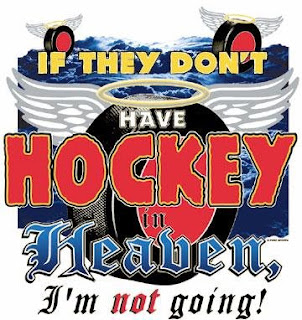 By Rick Badie The Atlanta Journal-Constitution Published on: 07/24/08

He amazed doctors three years ago with his return to the rink so quickly after double-hip replacement surgery.

Five months, to be exact.

John William "Jack" Stein II's post-surgical recovery was so remarkable doctors at Resurgens Orthopedics at St. Joseph's brought him on board to advise hip surgery patients. To tell how he'd learned to walk —- and skate —- again.

I wrote about Stein when he played forward in an ice hockey game to benefit Childrens Healthcare of Atlanta. He played on the metro Atlanta police team. The cops lost 7-6 to the firefighters. Stein —- a bear of a man at 6-foot-2, 220 pounds —- scored two goals.

In recent years, Stein's health soured. It caused him to retire from his job as a bike patrol officer with the Gwinnett County Police Department. He had been a cop 21 years, three of them in Greenwich, Conn., his hometown.

Last year, he had his feet operated on, but the surgery wasn't successful. Another surgery was required, something that didn't sit well with this former narcotics detective. Then, in January, he had a back operation, followed in April by hemorrhoid surgery.

"That one did him in," Becky Stein, his wife, told me. "It was an excruciatingly hard surgery, and he still wasn't recovered from it."

"We were just talking the other day, and I said, 'Jack, you can play hockey again,' " she said. " 'Just go back to public skating and try to build the muscles back up.' I knew he was depressed. Well, not depressed. Down is a better word."

He suffered from insomnia and took to sleeping in the basement. It was darker there, and the morning light didn't crack through so early. It's where he retired Friday night.

Saturday morning, Becky Stein woke up first. She tip-toed around their Lawrenceville house so as not to wake Jack. Time passed. The former high school All-American and semi-pro, 51, still hadn't come upstairs.

So Becky Stein went downstairs. Her husband of 16 years had committed suicide.

On Wednesday, a funeral Mass was held at the Catholic Church of Saint Monica in Duluth. Attendance was huge, what you'd expect for someone who loved police work, pets and playing sports. Local police officers, as well as those from nearby communities, paid their respects alongside family and friends. So did the Badie Tour.

Johan Moeller Jensen of Suwanee couldn't attend his friend's funeral because he's on vacation in Denmark. He used to play forward alongside Jack for a Duluth hockey team.

"Jack was our oldest player, but what he didn't have in his legs anymore, he had in his understanding of the game," Jensen wrote in an e-mail. "We would often joke with the younger players that they should look for Jack out on the ice, then just sit back and watch and learn.

This is not only a sad story but a tragic one.

I had the pleasure of skating on a few teams with Jack (Sonic Blades, Atlanta 67's & Breakaway Grille). I enjoyed every game I played (with him). I too am on the top side of my playing time - I'm 50 yrs. old (now). We both used to laugh at the younger guys ... Jack saying "they'll never be playing at our age - they don't love the game like we do".

After the wake and funeral I now realize that "the ice will never be the same".

Jack will be missed by his family and all of the friends that he made in the hockey community.

I LOVED YOU , JACK. MY COLLEGE SWEETHEART. STILL HAVE YOUR CARDS AND THE PICTURE OF US FROM AN IONA HOCKEY DINNER. I FOUND THIS OUT RECENTLY FROM A FRIEND AND COUL NOT STOP REMEMBERING THE GOOD TIMES WE HAD TOGETHER. YOU ARE TRULY MISSED.

I LOVED YOU , JACK. MY COLLEGE SWEETHEART.I STILL HAVE YOUR CARDS AND THE PICTURE OF US FROM AN IONA HOCKEY DINNER. I FOUND THIS OUT RECENTLY FROM A FRIEND AND COULD NOT STOP REMEMBERING THE GOOD TIMES WE HAD TOGETHER. YOU ARE TRULY MISSED.