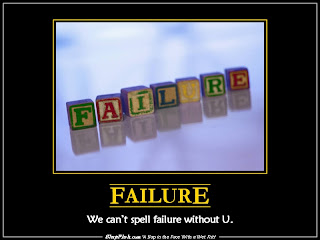 Hey Betty, What Would We Do Without U?

Will Betty And Her Failed School Administrators Make The Grade?

Some Hamilton Avenue School and Glenville School parents are worried that School Superintendent Betty "You Can Trust Me" Sternberg will once again delay the Harris Survey.

A lot of Hamilton Avenue School parents are unhappy that Betty Sternberg and the Board Of Education did not keep their promise to allow independent testing of the contaminated modular classroom buildings.

03/07/08 - Delayed - The Harris Survey, a bi-annual satisfaction survey of parents, teachers and students, which was to be sent out this month.

Who you calling ’failure’?

For Greenwich’s worst public schools administrators, failure is not an option.

For those administrators that truly excel at incompetence, currently known as “Chronically Underperforming,” the new title would be “Priority One” administrators.

You can just imagine the delight in the hallways of Greenwich School Buildings. “I am a high paid ‘Greenwich Priority One" administrator !’ I wish I could spell that.”

High paid "Priority One" School bureaucrats, like Betty Sternberg, hate standardized testing. They hate academic standards even more. But most of all, they loathe accurate reporting of their results.

“When high paid administrators are labeled as underachieving, I don’t see what it serves other than just to call them out,” said School Board Of Education Chairman Nancy Weissler. “When the single family home owner hears ‘underperforming,’ school superintendent the average taxpayer thinks the students might be underperforming too.”

Gee, Nancy, I can’t imagine why.

If we could just keep Betty "You Can Trust Me" Sternberg around for at least ten more years, then we can have an entire generation of students being graduated who can’t read their own arrest reports or calculate their own bail, and then the single family home owners and taxpayers just might get the crazy idea that this is some sort of failure.

"It’s just not fair!", Nancy and Betty were heard to scream in a Board Of Education conference room.

Why dosen't School Board Of Education Chairman Nancy Weissler understand that these failed administrators screwed up Hamilton Avenue School, the modular classrooms and now they are screwing up Glenville School.

And don't even get me started about what has happened at the high school.

Everyday people in what failed school administrators call the “dreaded private sector” can only shake our heads.

If only our job performance were judged by standards this low. If only we could get our boss to reclassify “losing the company’s top three most valuable clients” as “an opportunity to look forward in a positive manner.”

Alas, no. We’re stuck in the real world, where results matter far more than labels.

The world where, theoretically, our public school students will one day be expected to get jobs and pay their own bills. If not, they may end up on the unemployment line.

Or as it’s known at Greenwich Board Of Education, the "Opportunity To Look Forward In A Positive Manner" Line.

Maybe School Board Of Education Chairman Nancy Weissler Should Keep Our Incompetent School Superintendent And Her Failed, er, "Priority One" administrators around a little longer.

The word around town is that these high paid "Priority One" school administrators are refusing accept failure. Their strategy is for kids who can’t do basic math, will be refered to as “non-traditionally enumerated.

There are now rumors that Greenwich "Priority One" administrators are developing new alternative testing strategies - commonly known as “cheating”.

Next the "Priority One" school administrators will want to create a new and improved grading system.

Like a fish a school system rots from the head down.

If School Board Of Education Chairman Nancy Weissler continues to refuse to punish school administration failures, then the children of Greenwich will be the ones to pay the price for Nancy Weissler and her boards failure to act.

The time has come start firing Betty Sternberg and her failed school administrators.
Posted by Greenwich Roundup at 3/31/2008 03:40:00 AM